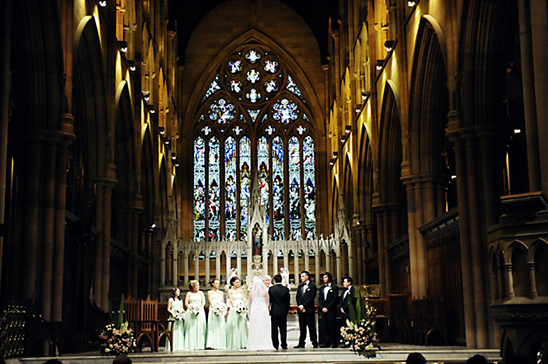 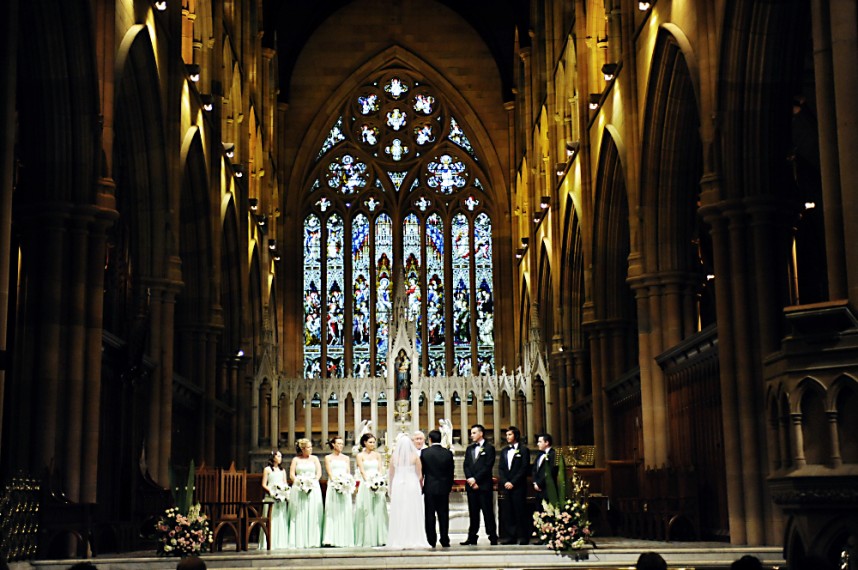 Leesa and Ian were married a short while ago and came into the studio yesterday to finalise their album which looks amazing. It was great catching up with them both again and it was driven home to me just how special a wedding day is. There is absolutely nothing ordinary about this day and it is up to the couple to make of what they will.

Leesa and Ian both live and work on the Central Coast, have grown up here and this is where all their family and friends are but they were after something different, something special for their wedding. And that’s exactly what they did.

They and most of their family and bridal party all booked into the Sydney Harbour Marriott Hotel for the weekend. Leesa and the girls had the four bedroom, three bathroom penthouse for their preparations before the wedding and both Leesa, Ian and their closest friends were able to enjoy the same amazing suite for the next couple of nights.

The ceremony was held at St Mary’s Cathedral which was spectacular. Most people, when they visit the Cathedral only ever experience the Cathedral in a state of semi-darkness but for the wedding all the interior lights were on and it was a breath taking sight. Leesa and Ian were both dwarfed on the alter amongst the sheer size and depth of St Mary’s.

After coming down the steps as husband and wife it was into the city for a FUN photo shoot with Leesa’s infectious laughter lighting up the locations we visited.

It was a spectacular day with a great bridal party, a warm family with memories that I won’t forget for a long time. This was no “ordinary” day.

It was nervous excitement while the guys were preparing for the ceremony – especially when it came time to knot the bow ties! 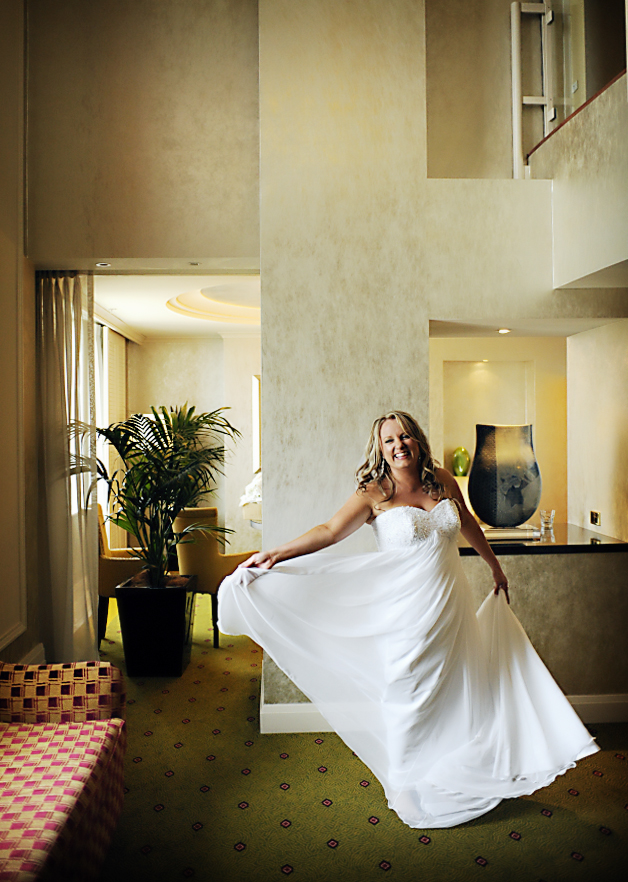 Meanwhile, Leesa and the girls were loving the opulence of the penthouse and laughing it up 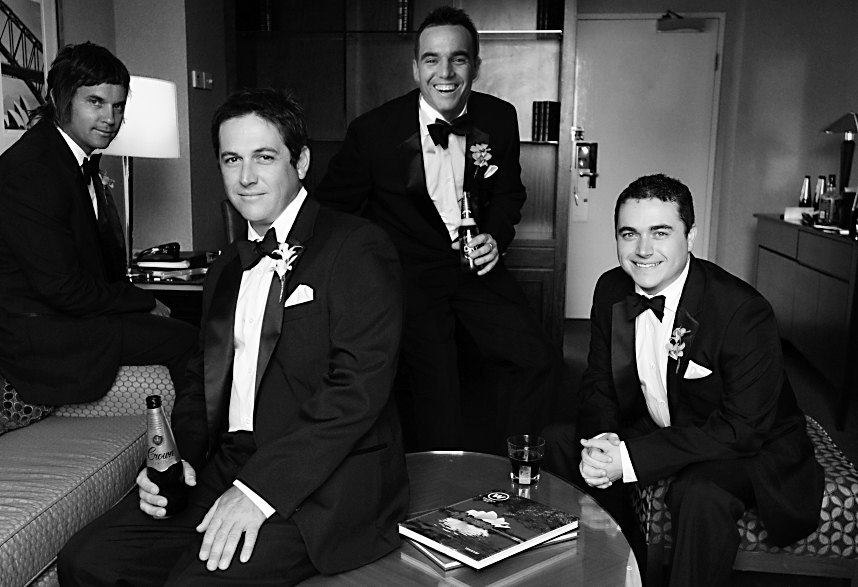 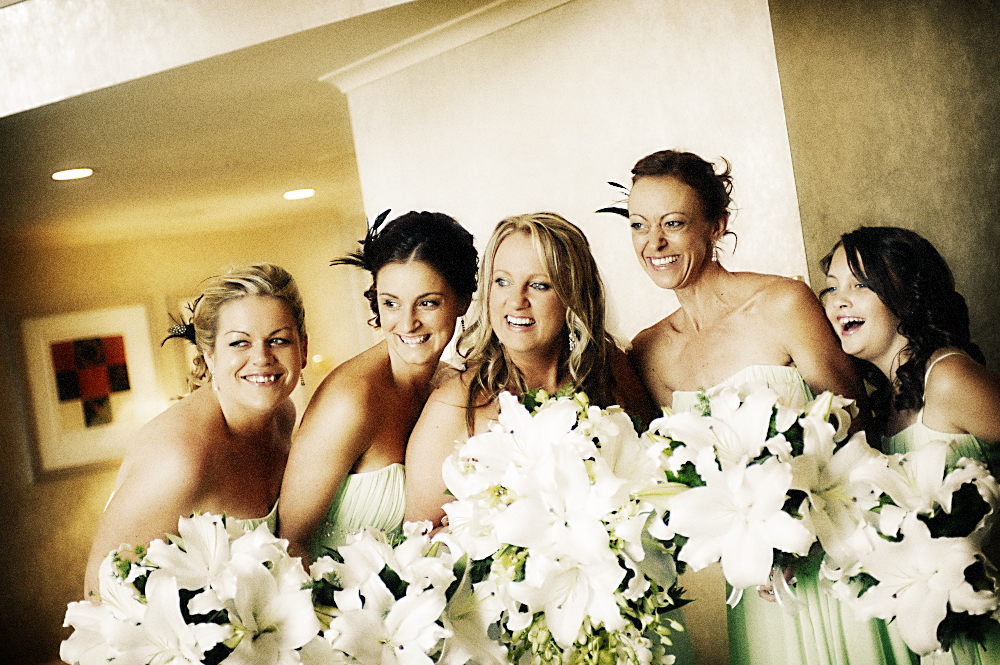 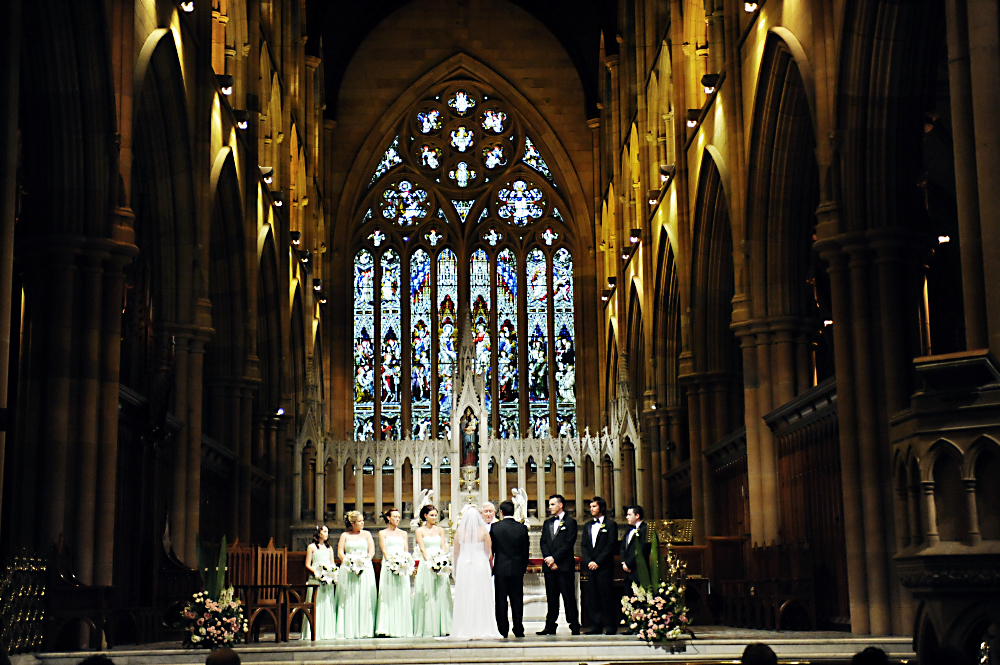 St Mary’s Cathedral in Sydney’s CBD, an amazing location for a ceremony 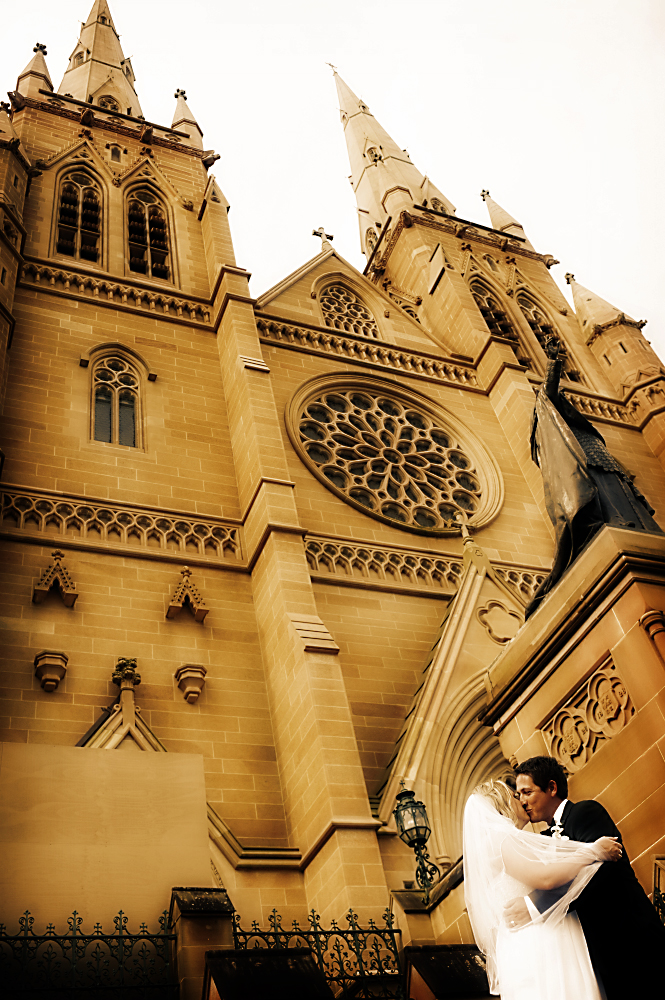 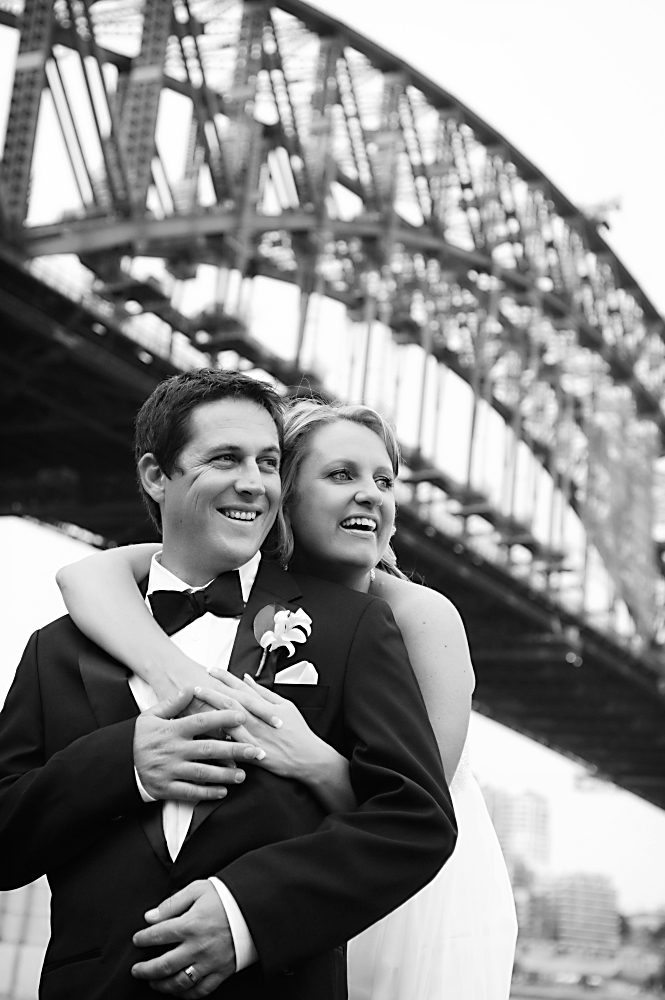 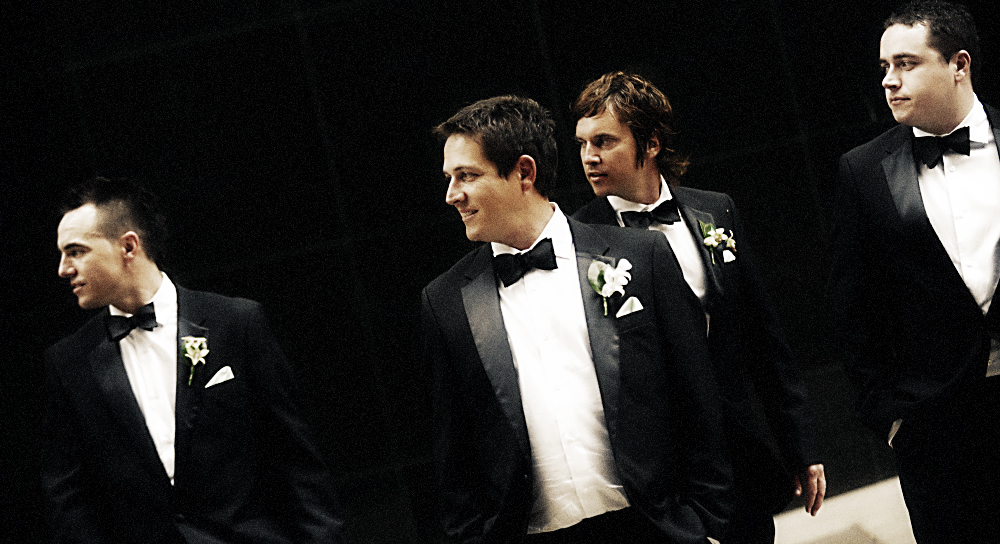 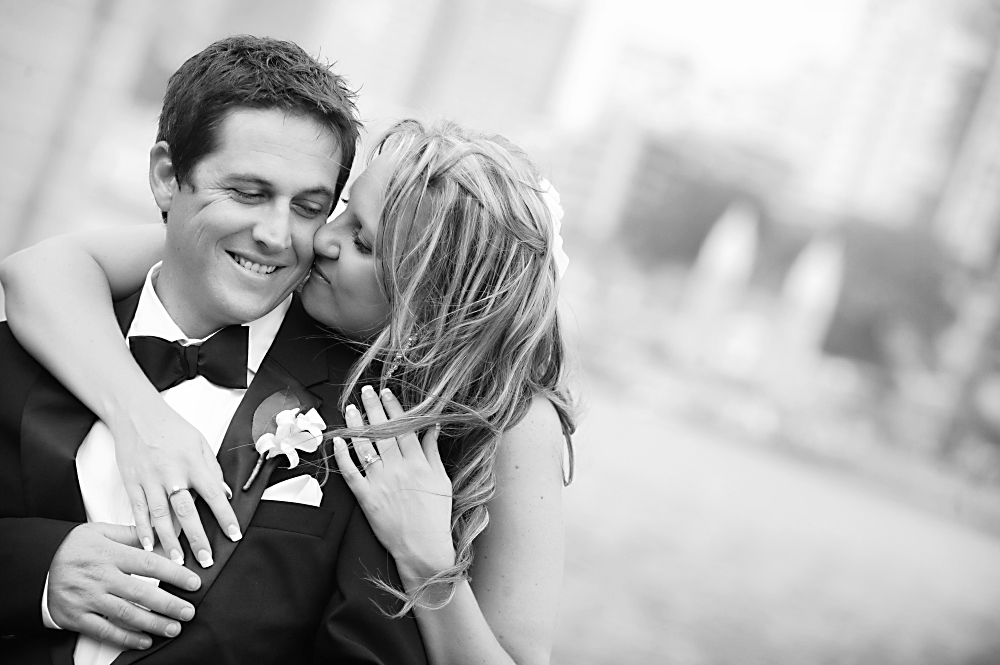 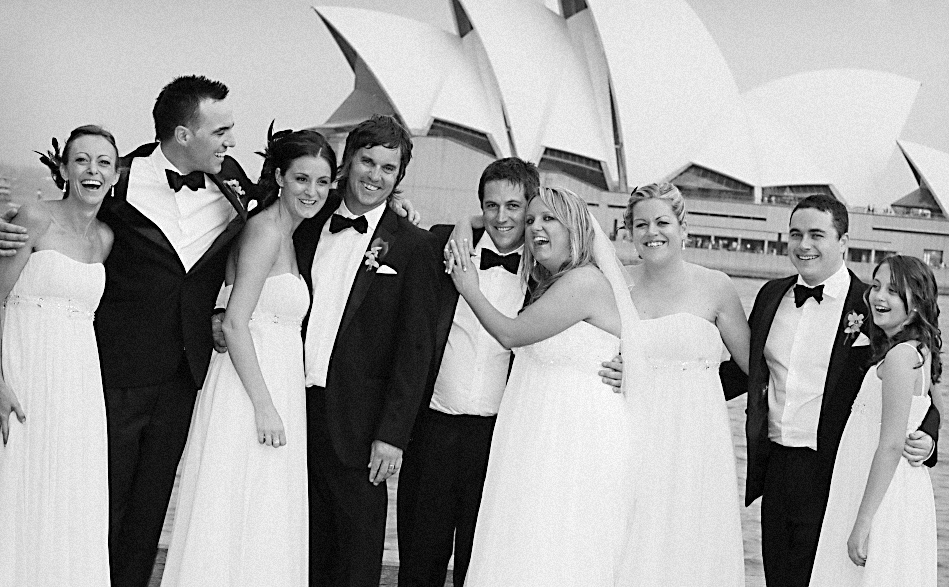