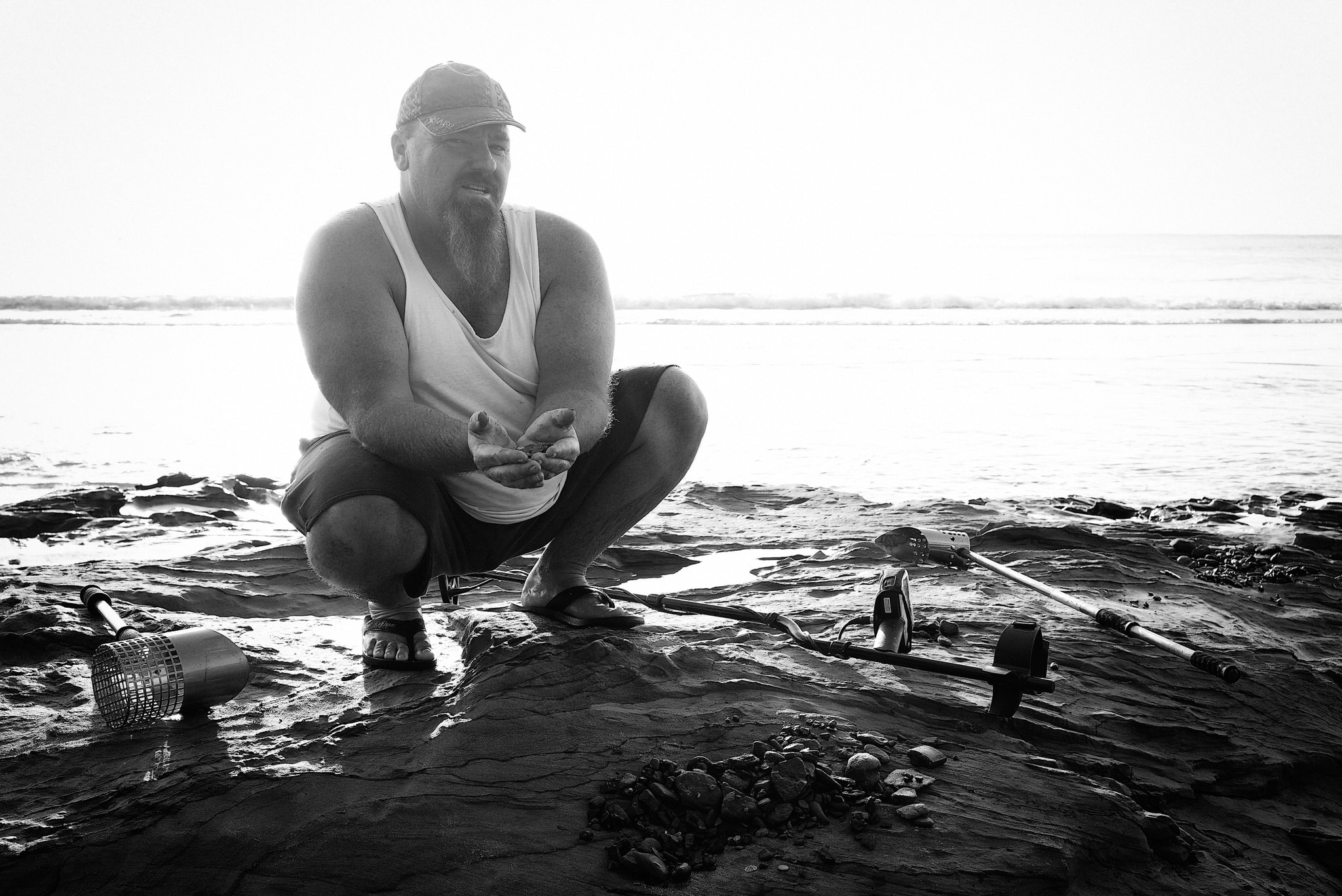 I saw Wayne armed with a metal detector and his son with a stainless steel sieve on a handle, prospecting a small rocky outcrop none of the locals even knew existed.

The crazy storms and big seas the weekend before had stripped away metres of sand to uncover rocks that hadn’t been seen for decades.

Looking at the thin crevasses in the rocks, I couldn’t believe these two would be finding much, if anything. So I asked, “how’s it going mate, surely you’re not finding anything around here?”

Wayne just smiled then says… “Best days ever, have a look at this.”

Sitting not far away was a pile, a pile no less of old coins. Wayne scooped them up to show Linda and me. We were shocked.

Wayne went on to say the coins were buried over a period of decades and most likely washed off the headland behind us and deposited amongst these rock pools. Easy pickings for us.

There were coins from the 1940’s to the 1970’s in his collection from the last hour of prospecting.

I asked if he had an idea of value but he told me he wouldn’t know till he started doing some online research and cleaning them up in a mixture of vinegar and lemon juice.

We continued on our way to leave Wayne and his son to get back to their treasure hunting.

One thing was obvious, he was genuinely having a great time and I have a feeling he’d be just as happy hunting for treasure as finding it. 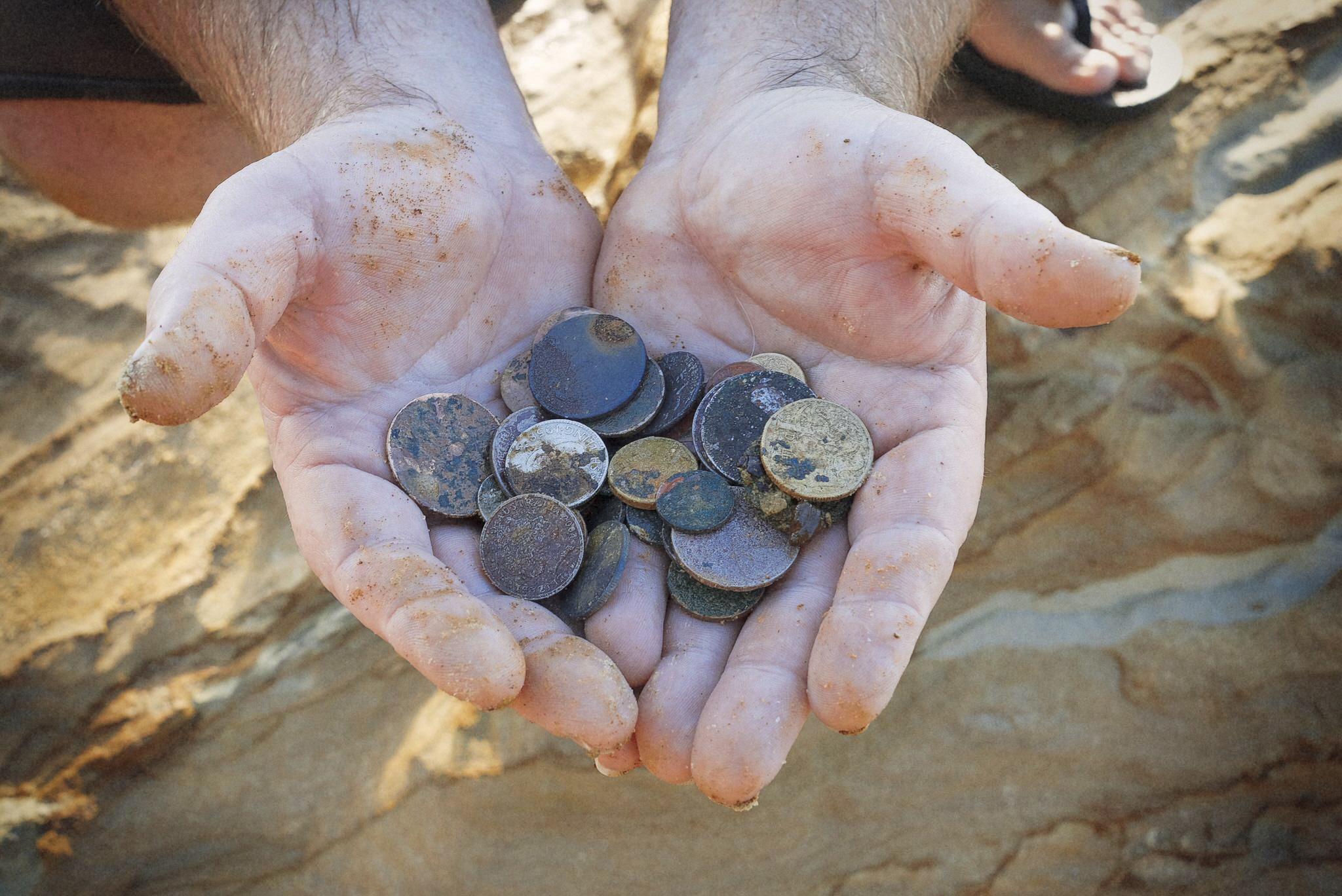 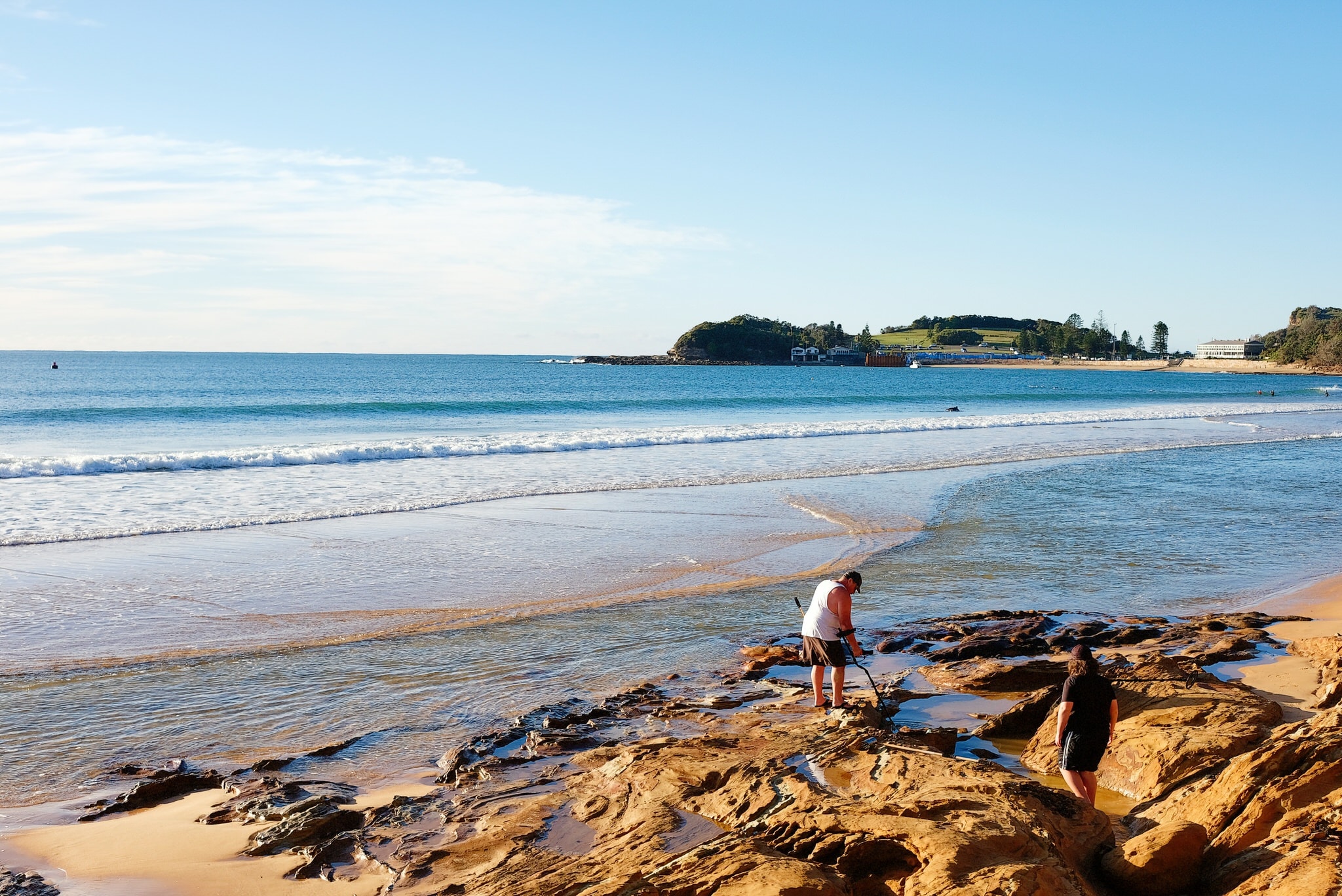 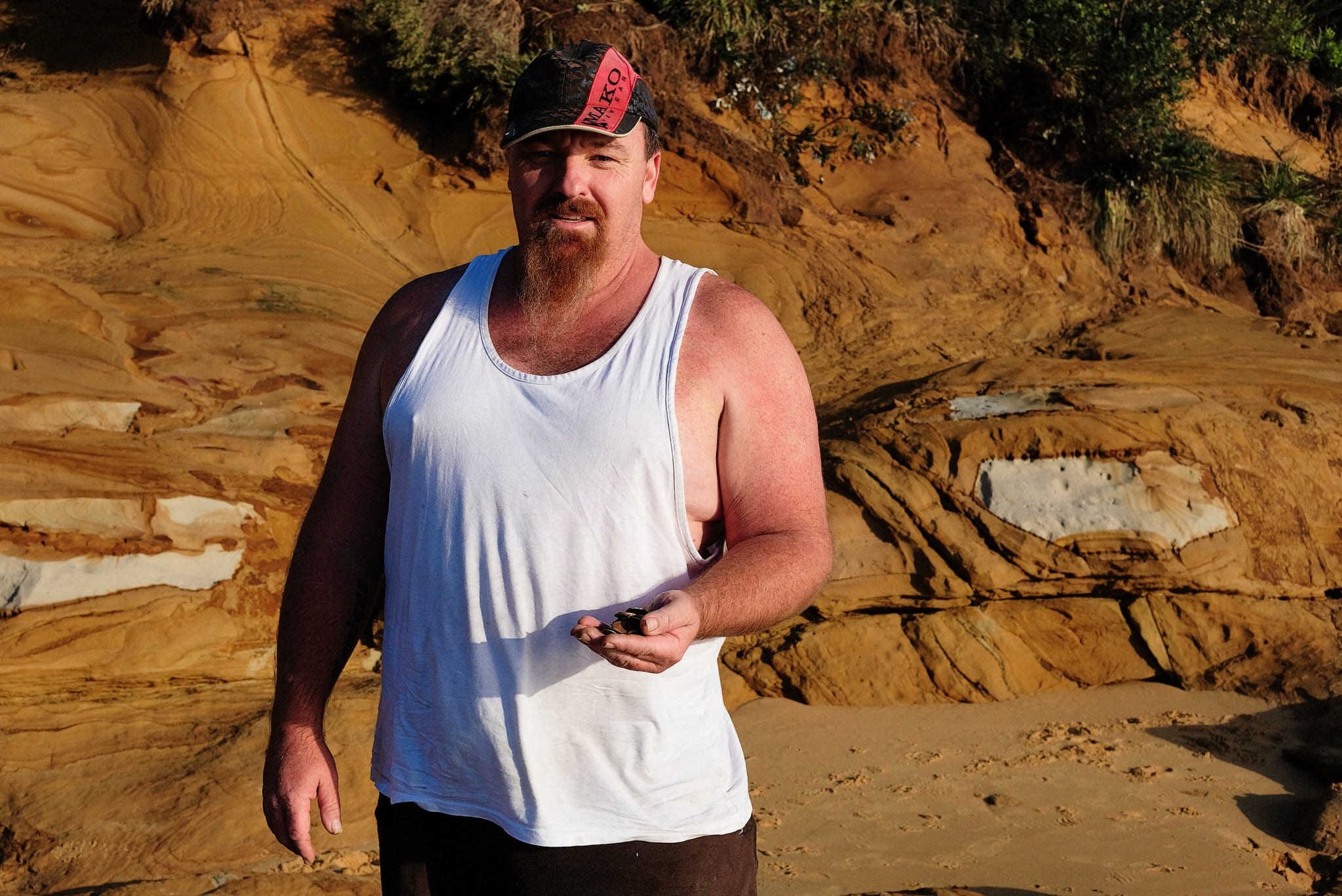