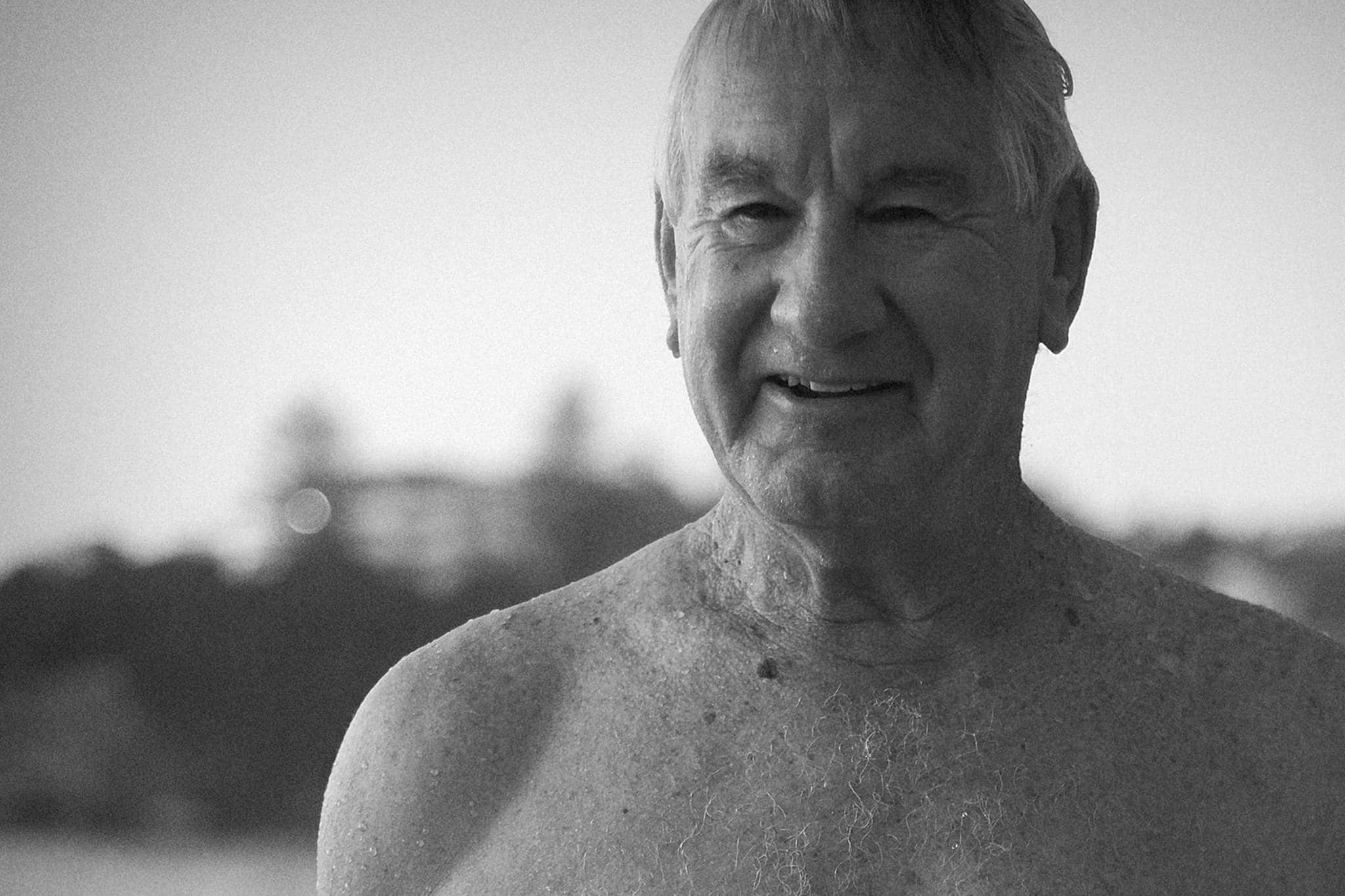 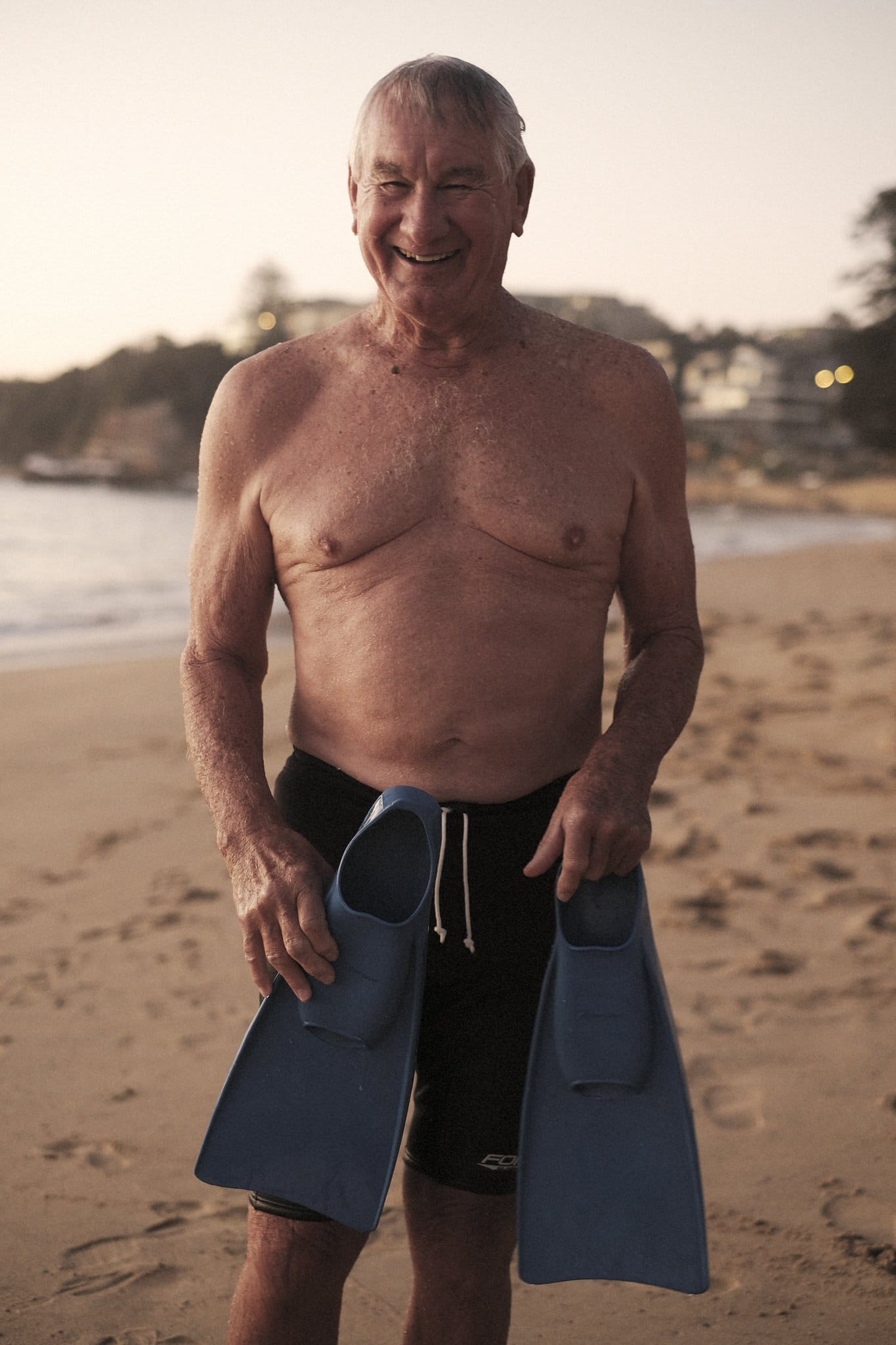 Eric was coming up the beach after finishing his morning swim with the early crew. It was bloody cold on the beach; it must have been freezing in swimmers and soaking wet!

Retired now and originally from Wagga, Eric described himself as a country bumpkin who loves his morning swim.

I asked what’s on the agenda for the rest of the day… coffee then relax?

No, he replied, I have to get going, I’ve got a 4-hour kayak paddle in Brisbane waters. I’ll meet a mate at Woy Woy, and we’ll paddle from there.

Gotta stay busy and do something, or you’ll go senile! He added.

We chatted for a little longer about the morning ocean swims, and naturally, the topic of sharks came up.

We don’t see too many out here over the sand. The 7 o’clock crew see a lot more though, they swim over to and around the Haven and the rocks – there’s plenty of sharks over there, but they don’t bother you.

A couple of weeks ago, we were swimming out here, a little north toward the other buoy out there and a big school of salmon appeared. We saw a shark ripping through them.

Whoa I said, did you swim straight to shore?

Nah, we just moved away and finished our swim. The shark wasn’t interested in us; he had plenty of salmon to eat. 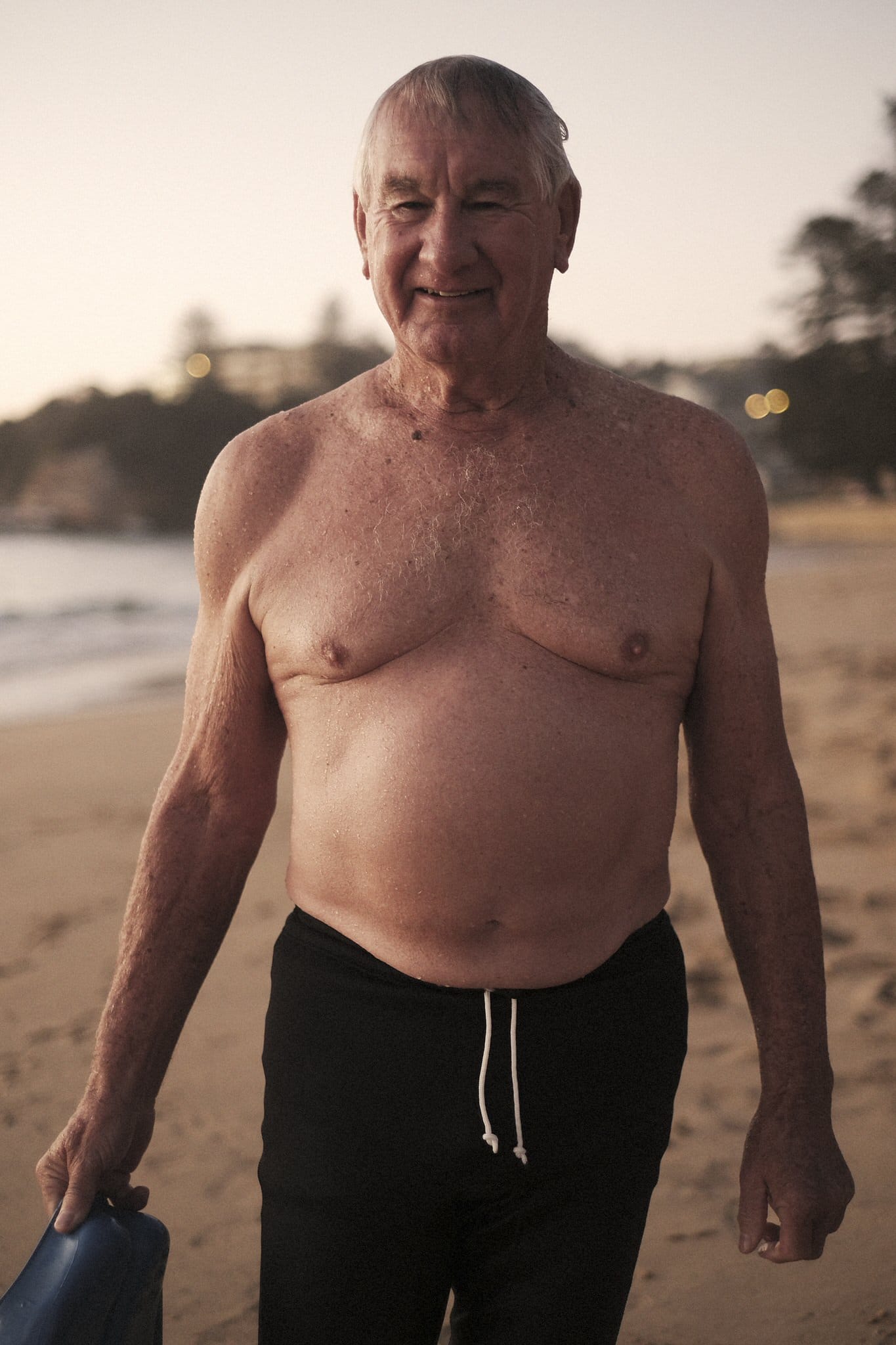