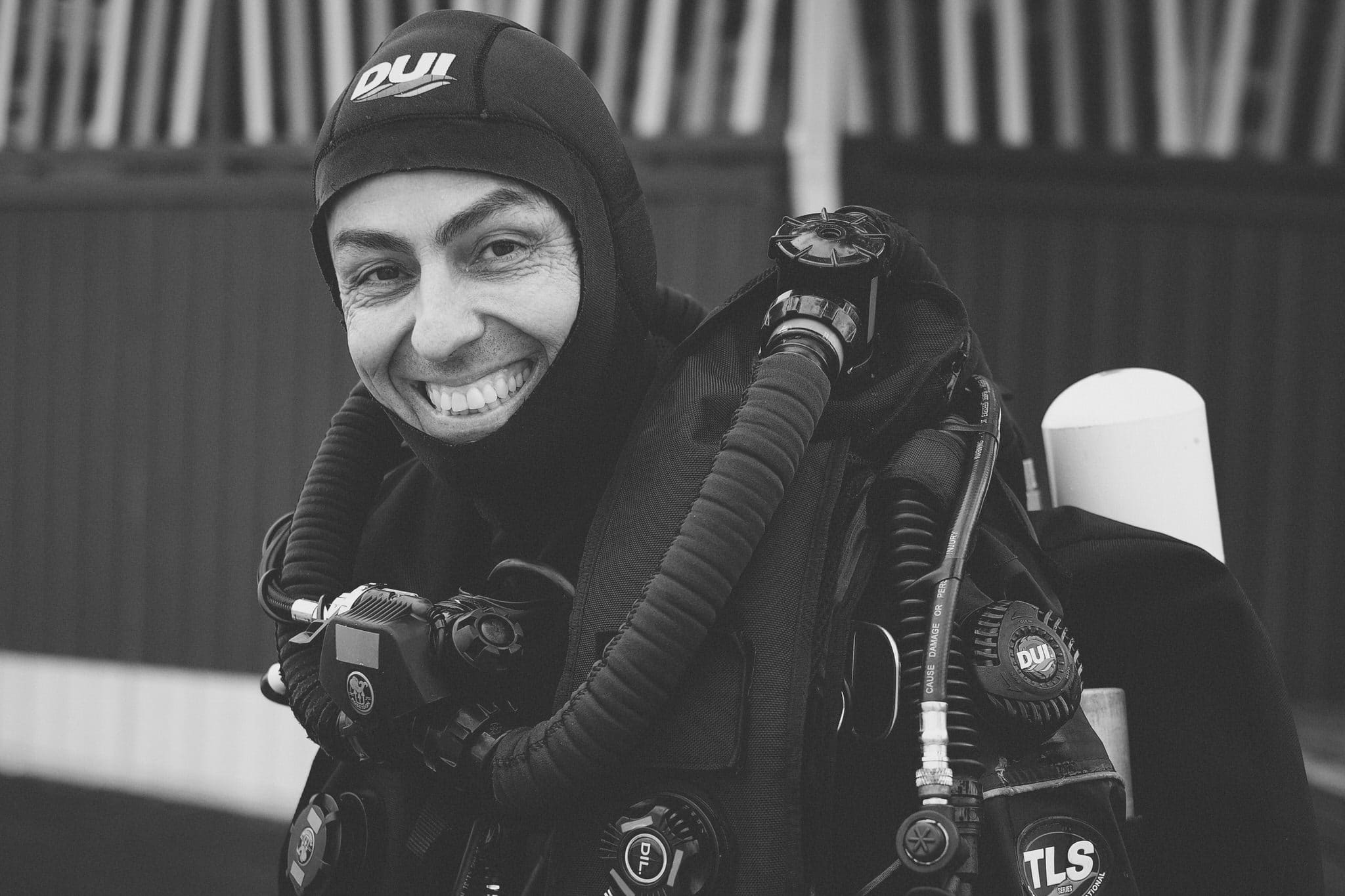 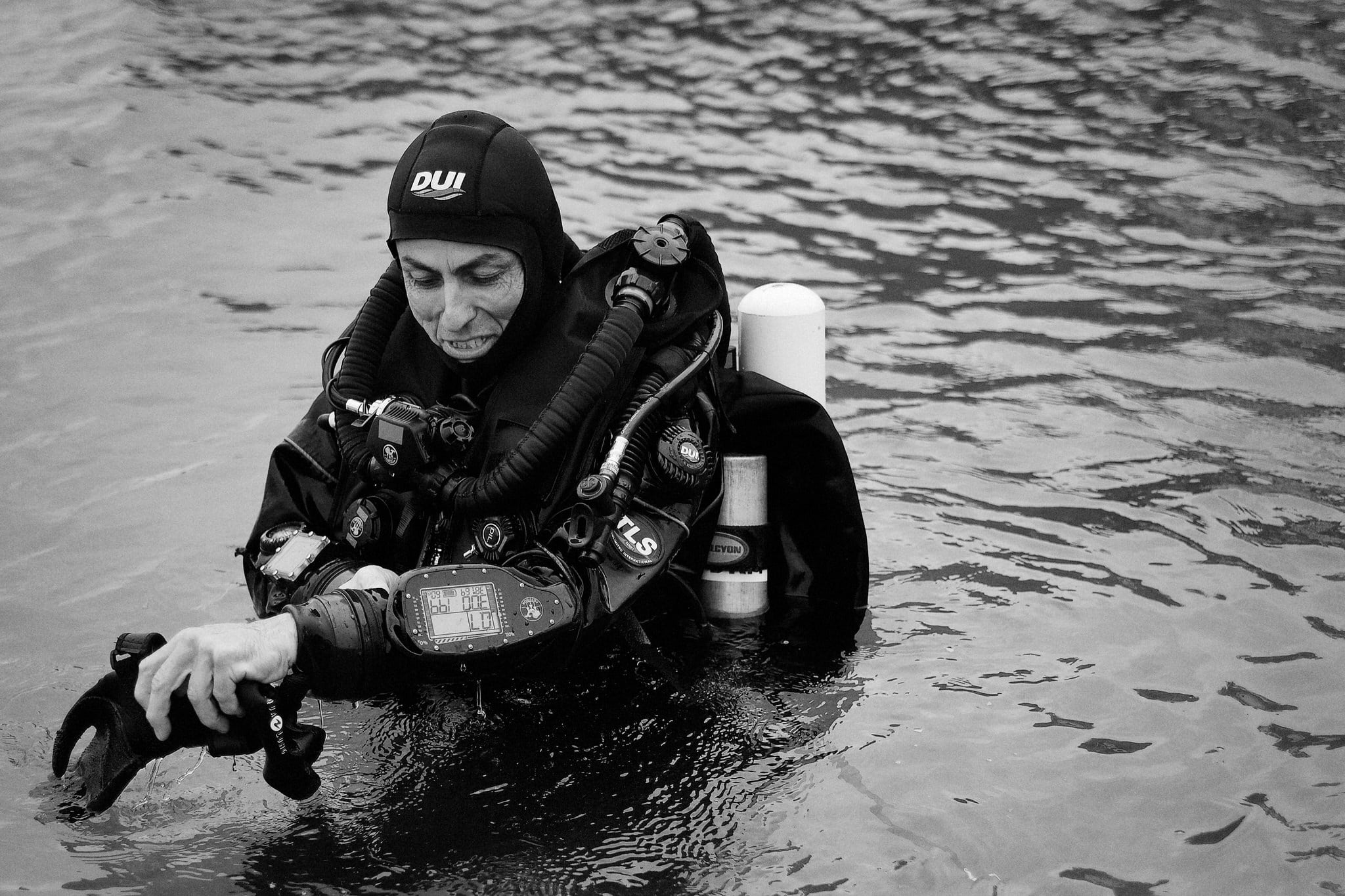 “Is that a dry suit you’re wearing?” was the first question I asked Dan.

It is, it keeps out most of the water but some will get in if I flex hard for some reason under water because my tendons create little channels for the water to enter at the wrist or around the neck area but it’s never much.

Depending on the water temperature, we’ll wear different things under the dry suit but in cold water, it’s something like a thermal underwear. You don’t want to be too warm or you sweat and become wet inside the suit. Not enough warmth though, and the suit directly on the skin can make you cold very fast.

Dan, I learned was from Switzerland and a dive instructor. He’d just been out to the sunken HMAS Adelaide and was doing some extra training in the protected waters of The Haven at Terrigal.

His gear looked a lot more hi-tech than what I’ve seen most divers equipped with. He had what looked like some kind of a motor, mounted between two small tanks on his back. He then fastened two regular oxygen tanks, one to each of his upper thigh area. I didn’t get long enough to ask more questions because it was easy to see he was concentrating on what he was doing and keeping an eye on his Belgium trainee at the same time.

What I did get was the two smaller tanks carried other chemicals which allowed these guys to dive in much colder water by delivering warm moist air to breathe and somehow one of these tanks either took away the carbon dioxide or added another chemical to offset the effects of CO2. It all sounded pretty technical but both guys looked very comfortable with what they were doing.

Dan twisted the dial on his upper arm to add air to the side of his suit, we said our goodbyes and he waded to the end of the boat ramp to attach the two oxygen tanks he’d set down earlier.

A couple more equipment checks and the two of them were off to deeper water and shortly out of sight. 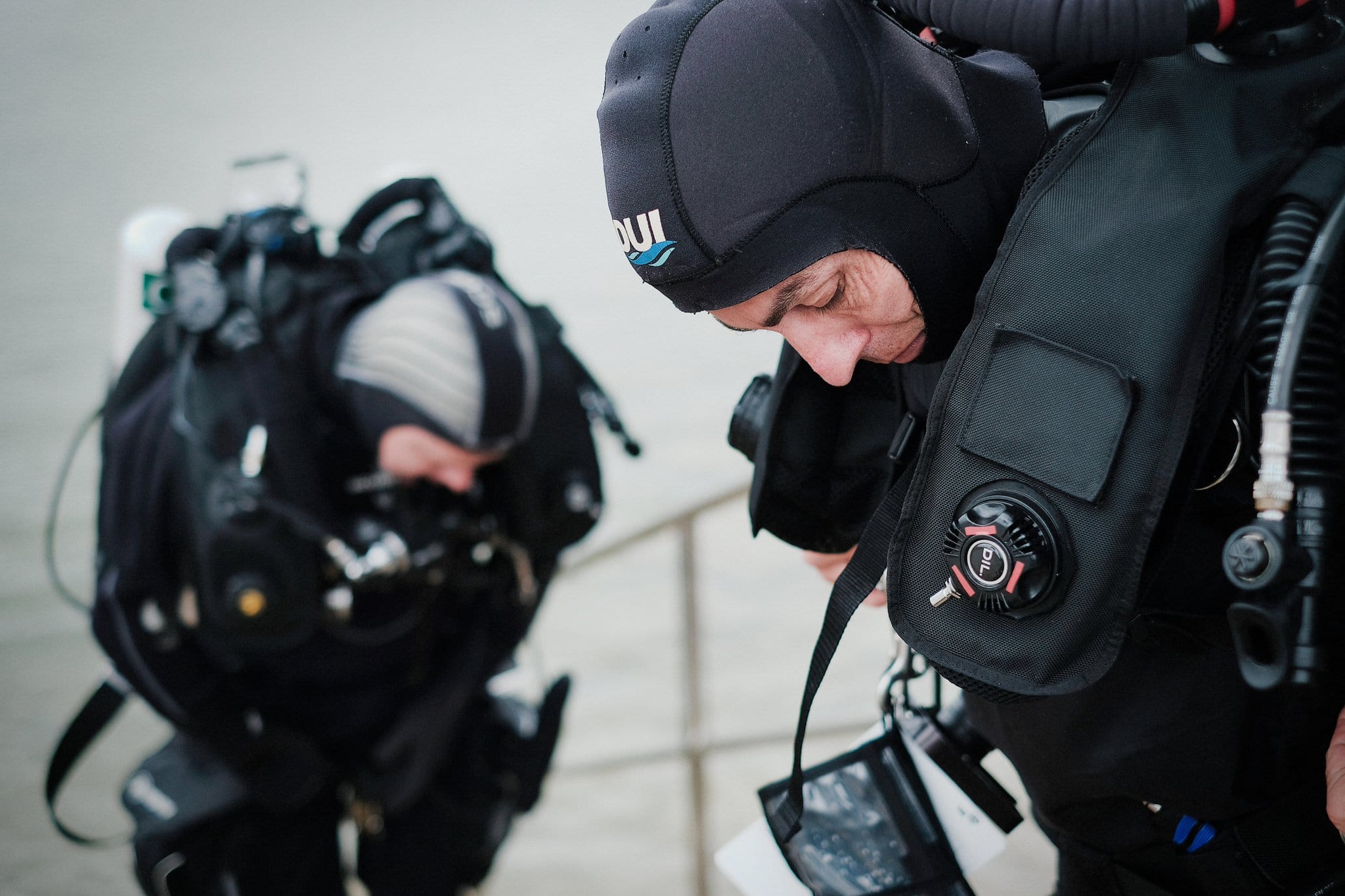 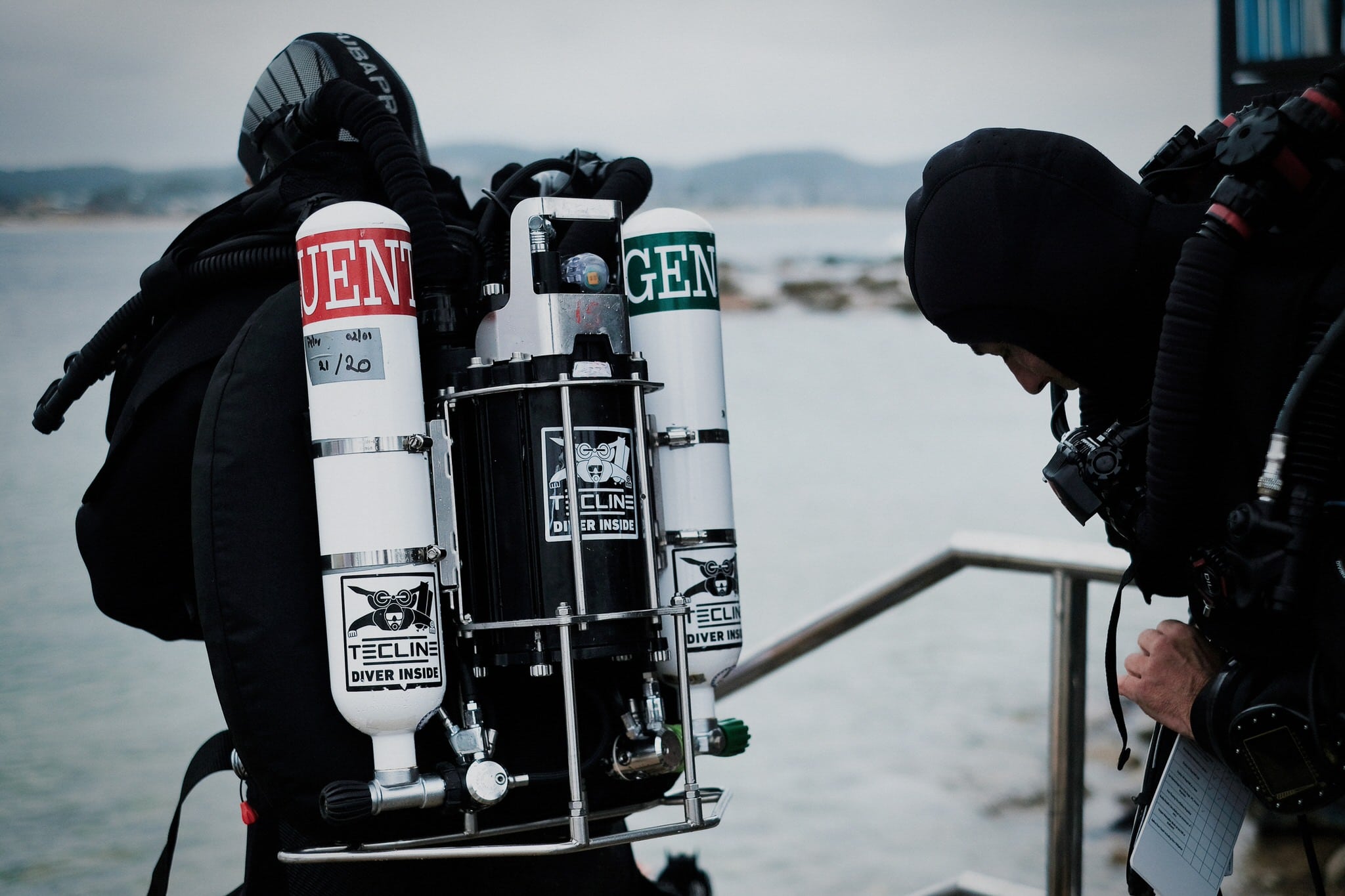 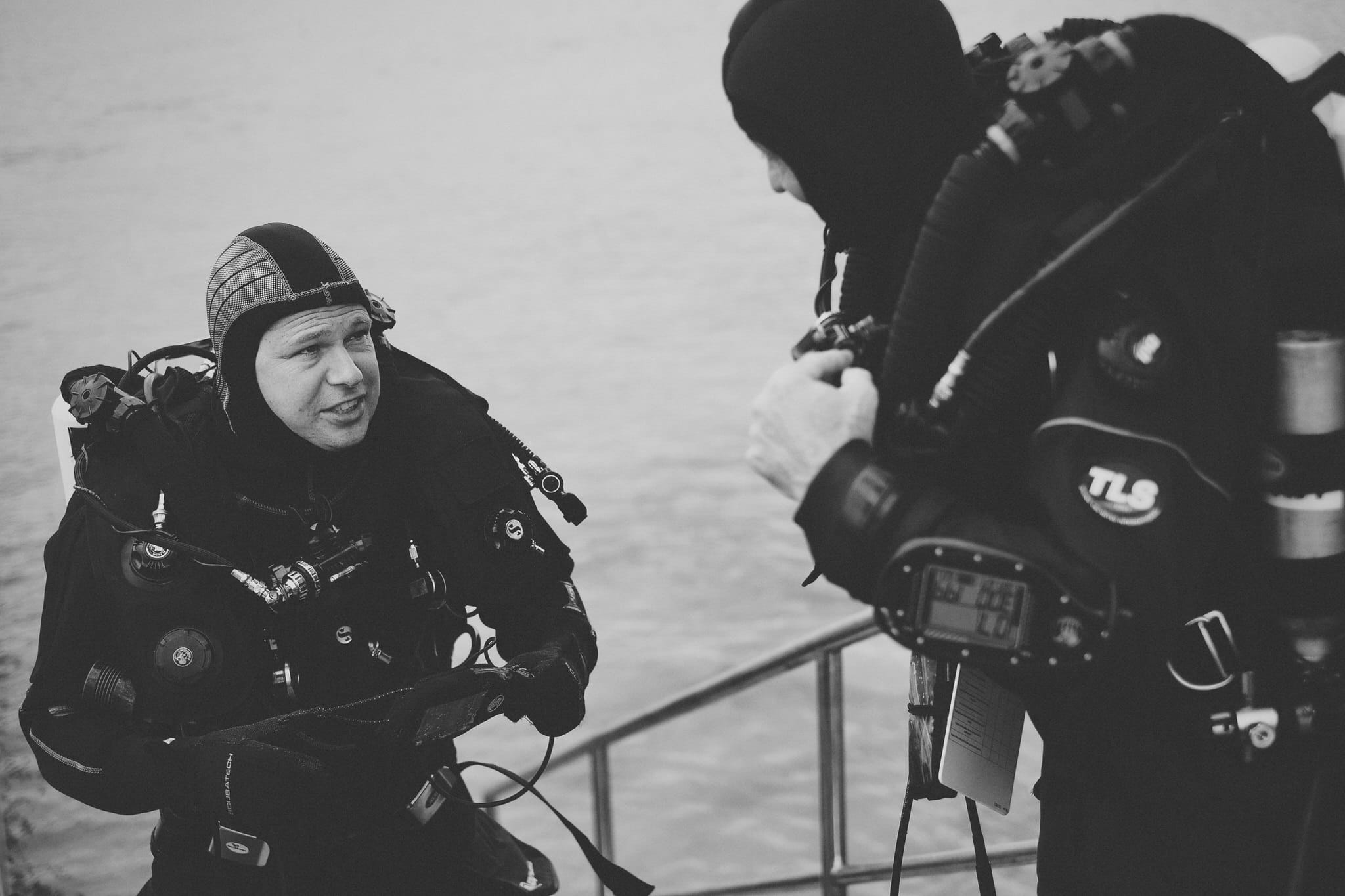 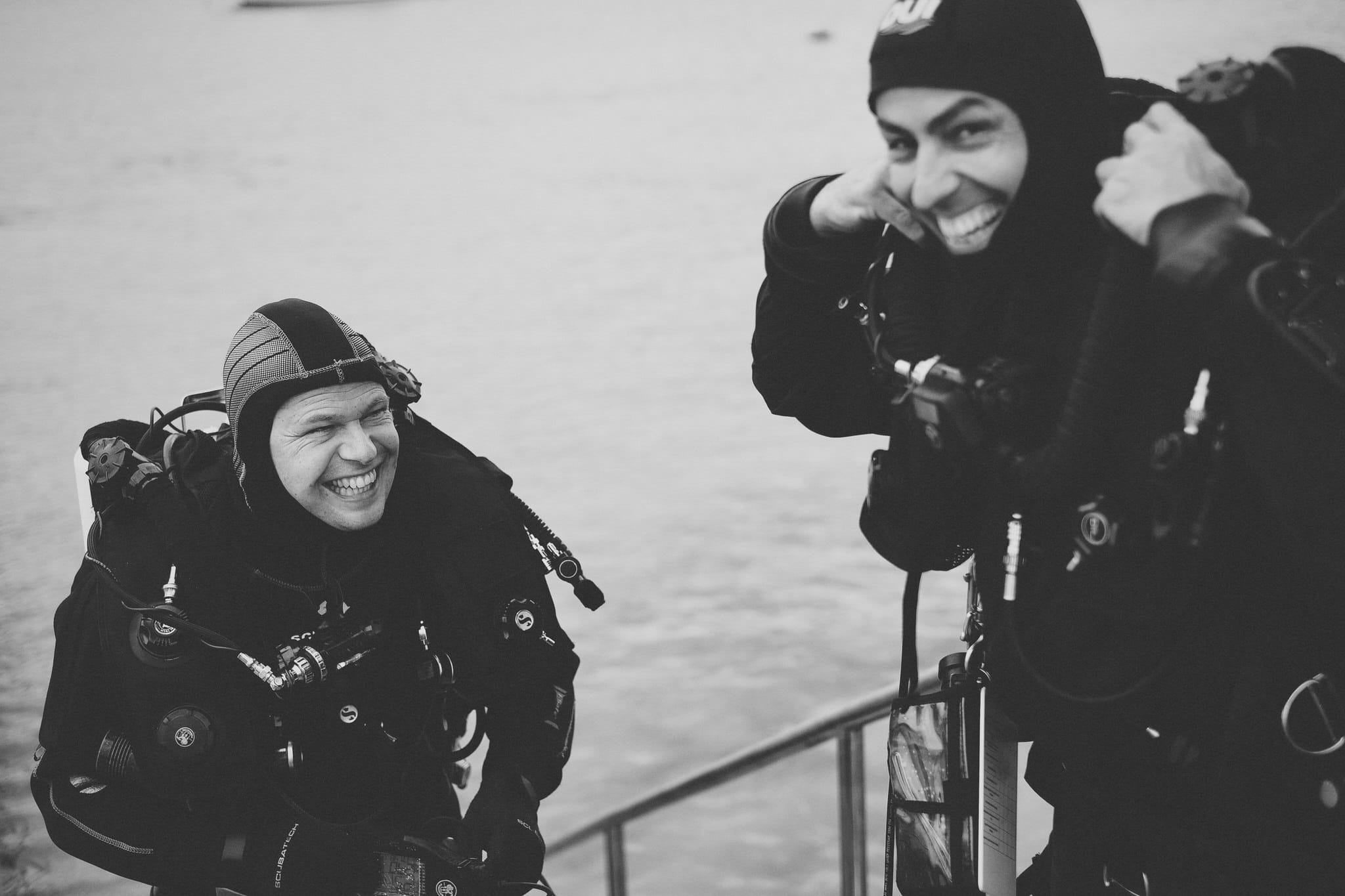 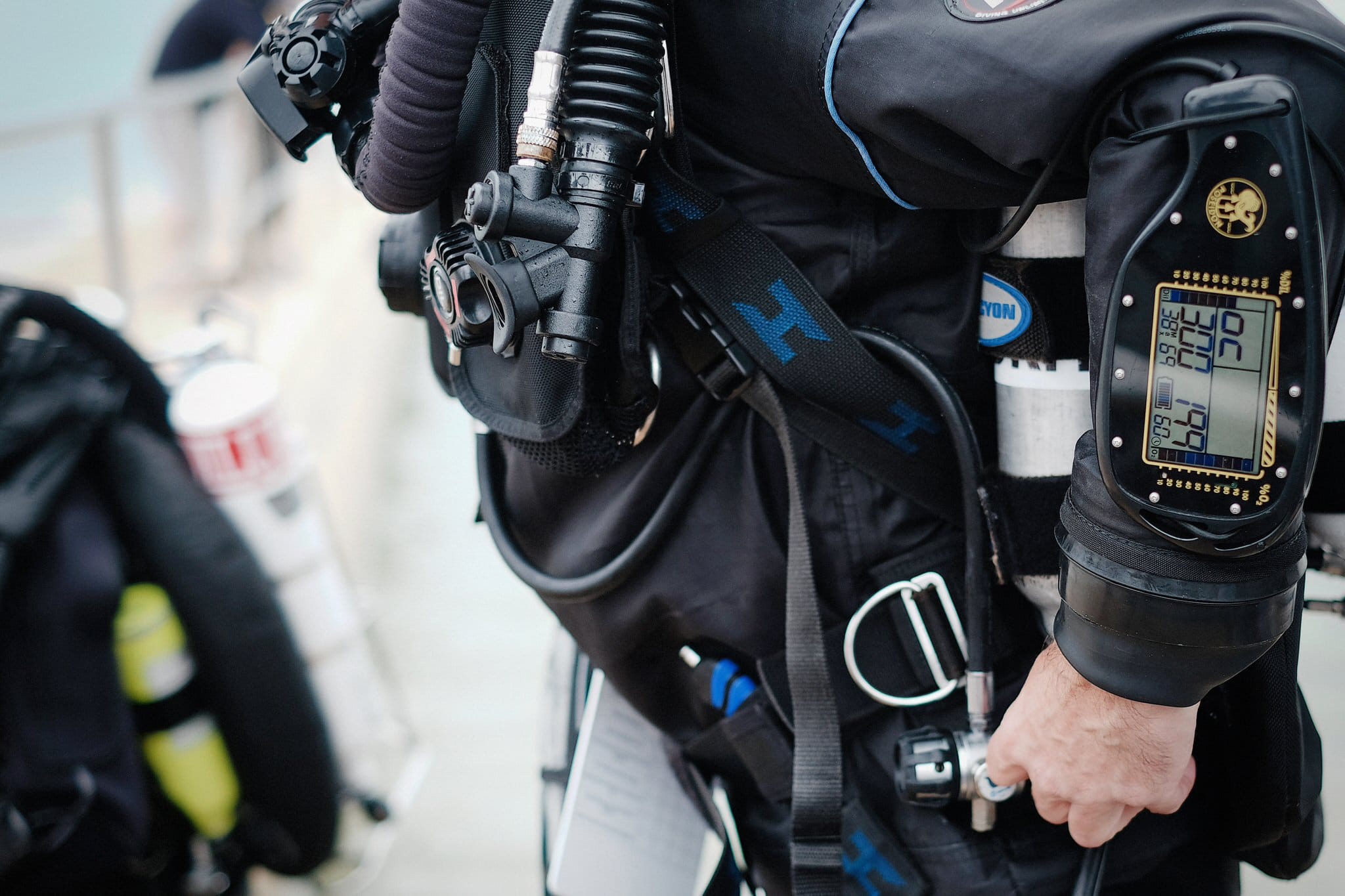 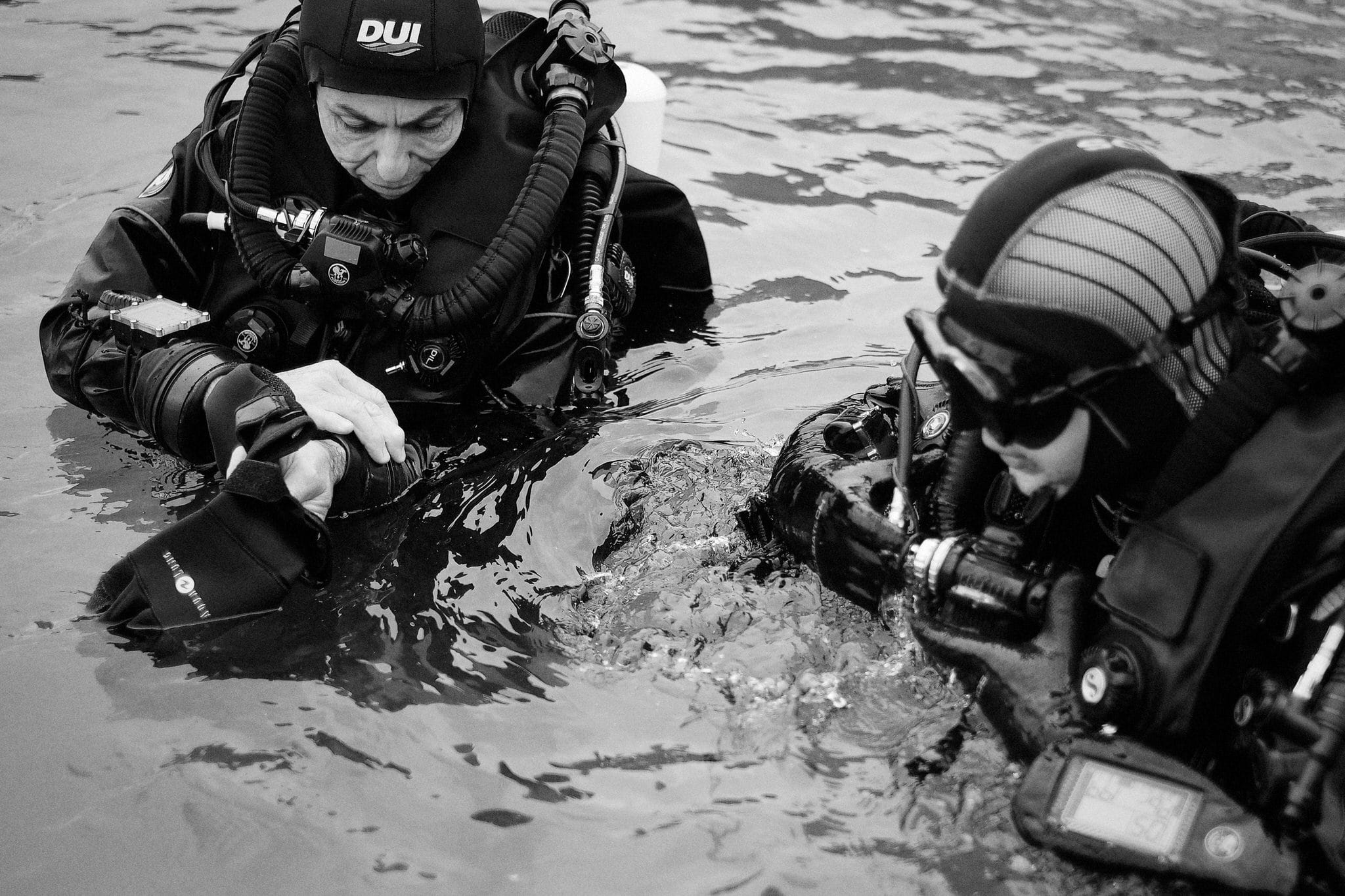 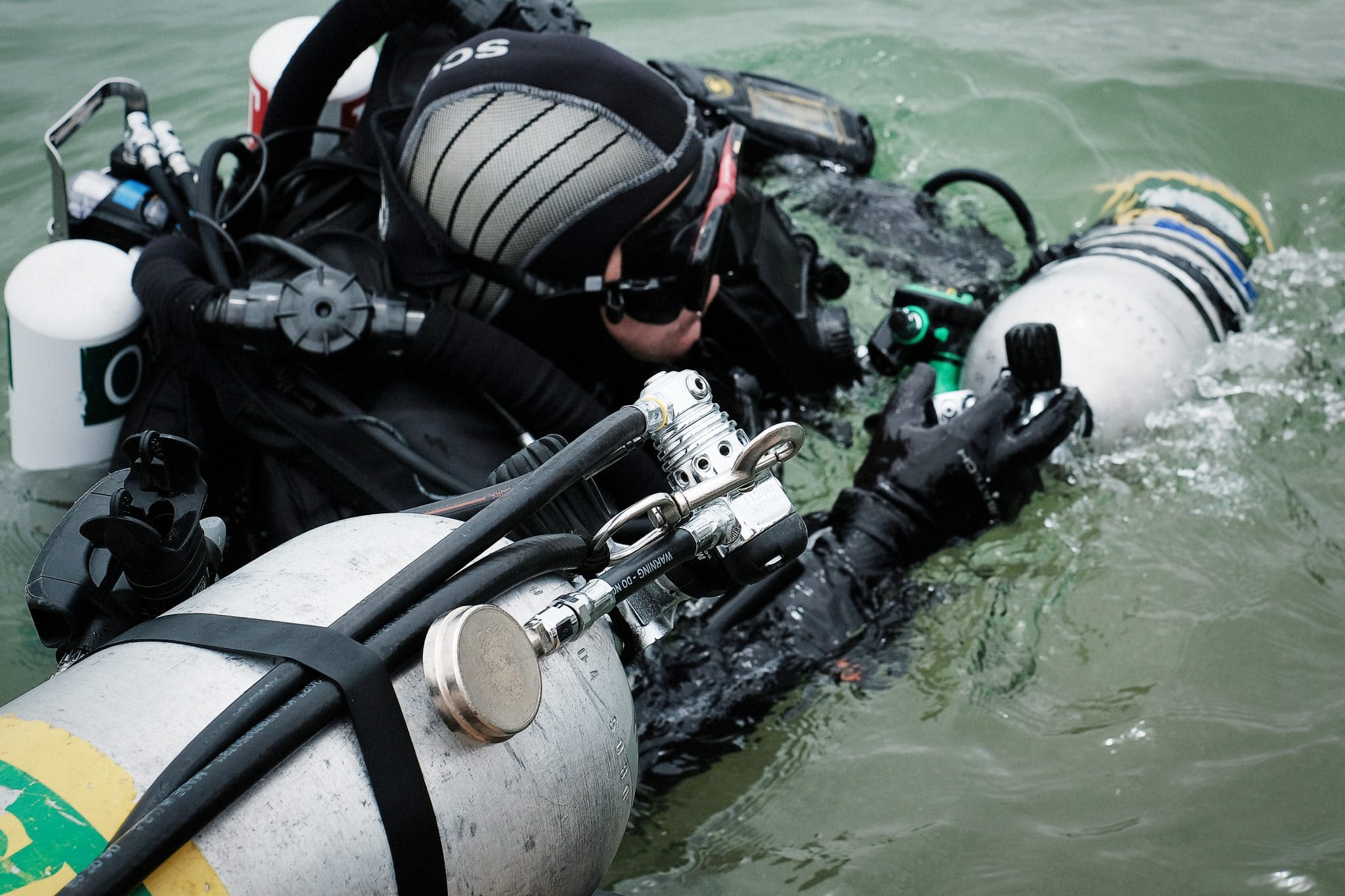 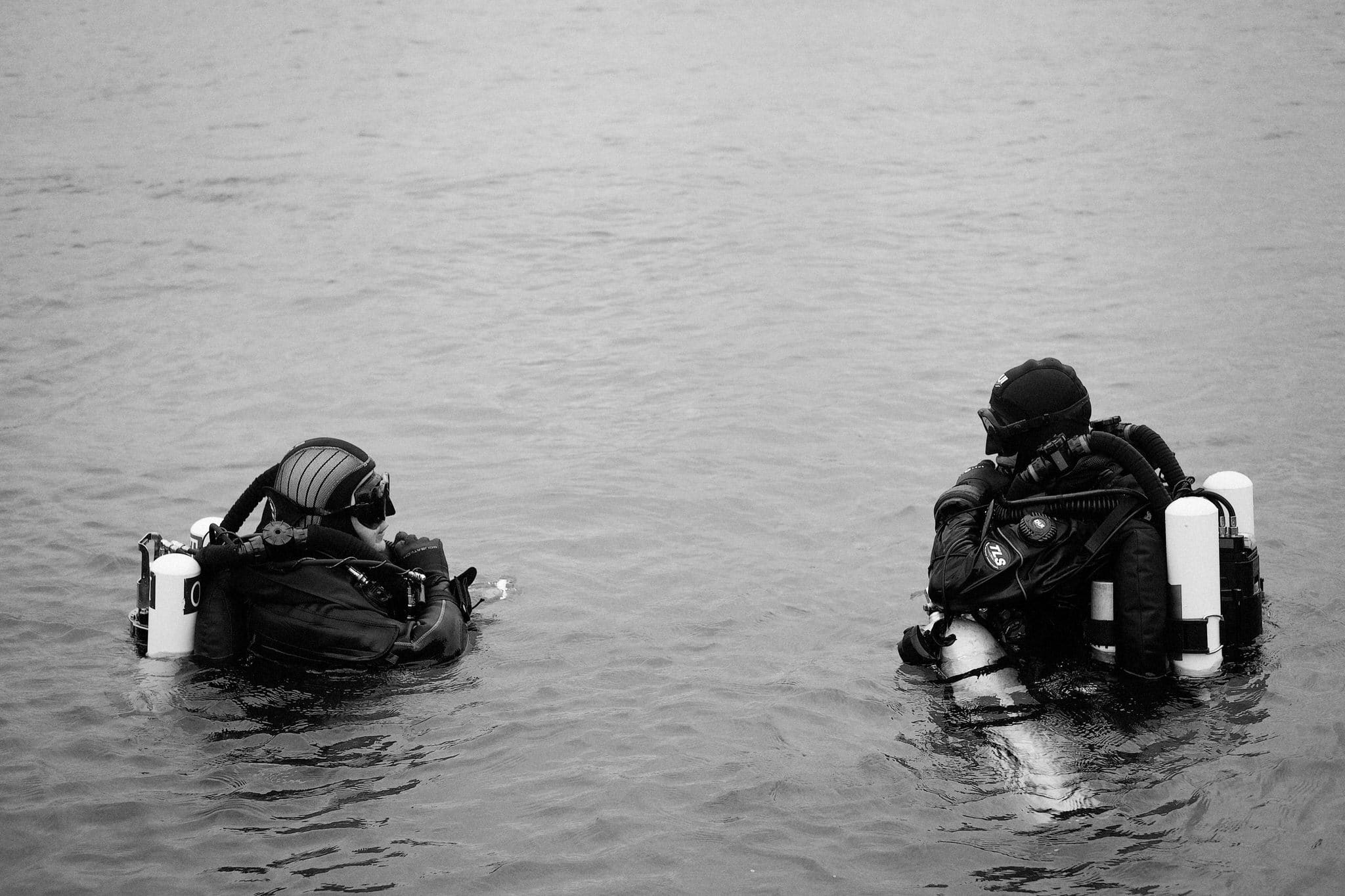