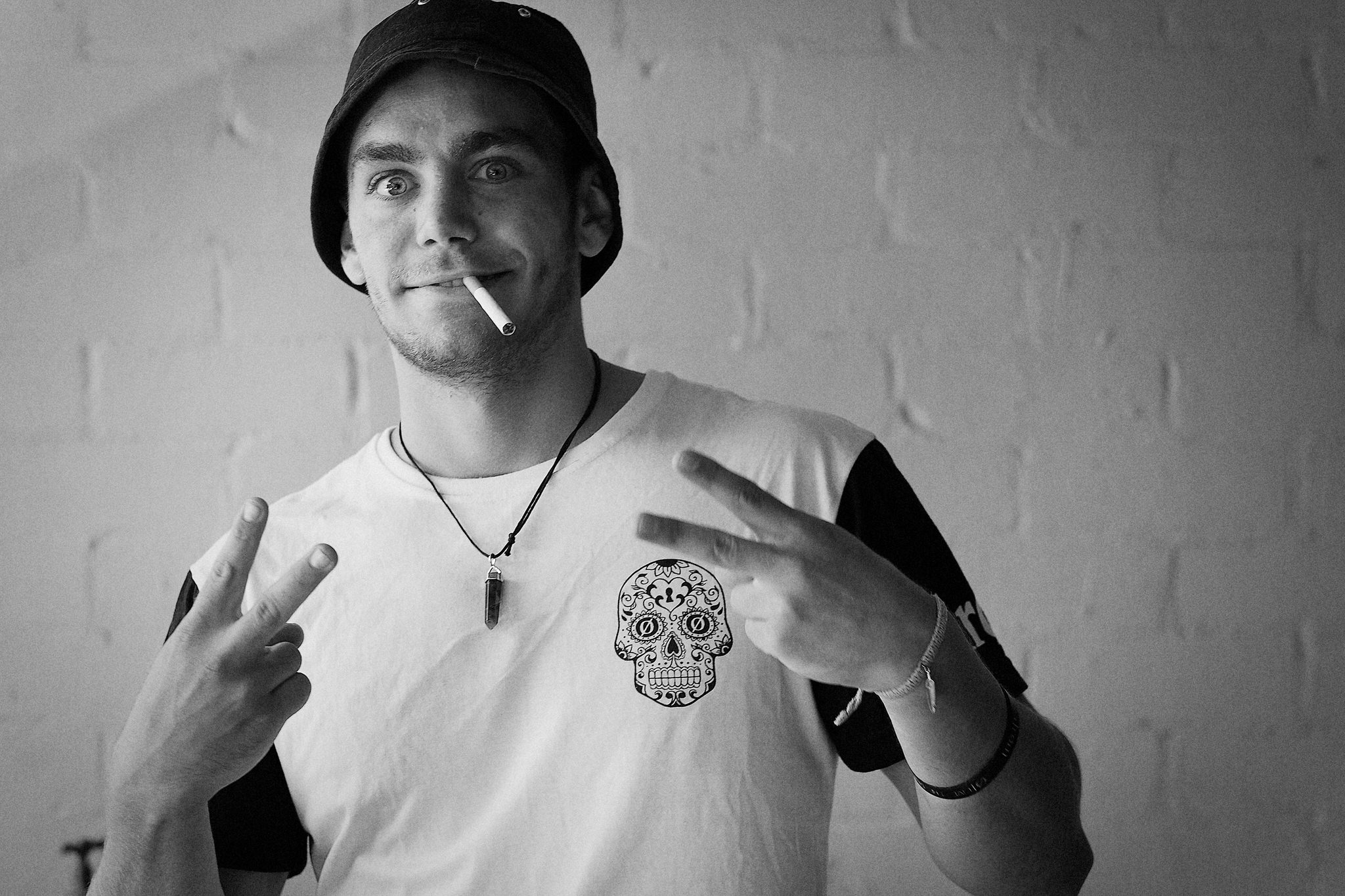 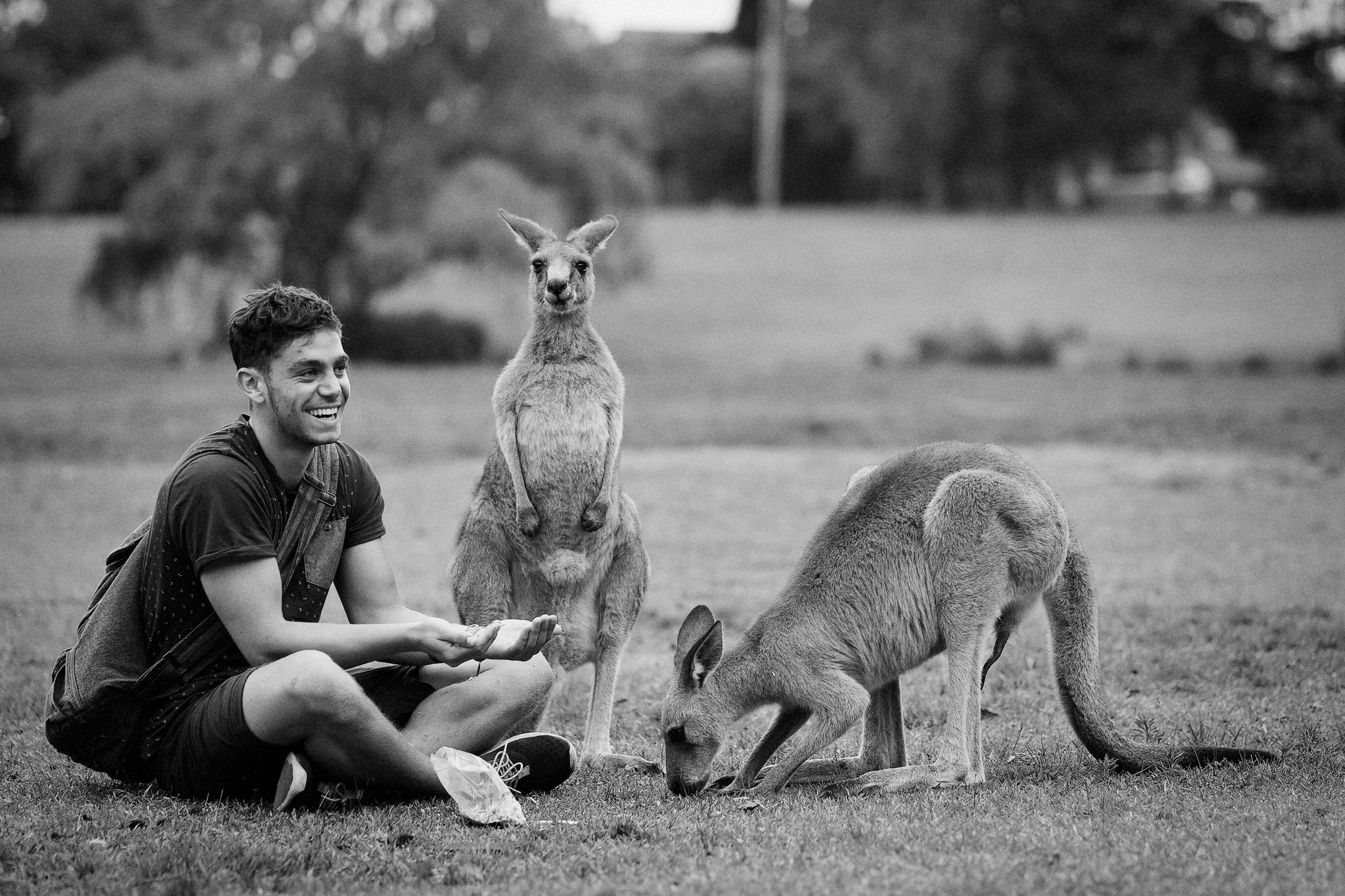 “I have a piccolo and a small cappuccino” in a strong German accent, were the first words I heard from Luis.

I raised my hand and said, “yeah, the piccolo is for me” and saw a new guy, sporting a big friendly smile with a tea-towel hanging from the pocket of his shorts. My cycling buddies and I were at our usual coffee stop in Terrigal, Driftwood Cafe. You won’t find a better more consistent brew in Terrigal, nor a hotter one.

We struck up a short conversation with Luis and learnt he and his good friend Alex were travelling around Australia and had just landed a job at Driftwood for a few weeks before they were going to set off for Byron Bay. They’d arrived from a small village outside Frankfurt two months earlier and after starting in Melbourne, were heading north.

Later that afternoon, my wife Linda and I saw Luis and who we later learnt was Alex beside their packed and small car… getting ready to go out. We got chatting and discovered the car was packed to the brim for a reason… it was their home while travelling!

A Toyota Corolla hatchback was their transport and home!

Linda and I told them our son Mattie was away travelling and we had a spare room if they wanted it? They were stoked and surprised.

We stayed in touch and a couple of days later, the boys arrived to a home cooked meal, fresh sheets on a real bed (well, one bed and a mattress but we didn’t hear any complaints), a hot shower and washing facilities. I think they were happy.

As much as we assured them the room was theirs anytime they wanted it, they were reluctant to overstay their welcome and stayed in their car in Terrigal anytime they were going out at night for a few beers and wouldn’t be able to drive.

Over the next three weeks, we saw the boys on and off and came to know them well. I’m not sure how tough it was for them to leave Terrigal, but I know it was tough for Linda to say goodbye – Alex and Luis had quickly become her adopted German sons.

Luis, although more outgoing with his personality and who appears to be the more confident of the two, was a late addition to the trip Alex had been planning all along. Luis was struggling with depression back home and it was a last minute decision to join Alex on this adventure to Australia.

Conversation with Luis was always deep… chit chat was ok but he was more interested in discussing life after death, spirits, karma, good and bad forces, religion and the meaning of life. It was always interesting.

The boys are childhood friends and it’s plain to see when they are together, the mutual respect each has for the other. Rarely cutting each other off while talking, seeking help with the English language from one another and just happy to be in each others company, sharing an adventure of a lifetime.

Linda and I will miss them both and wish them a wonderful time ahead. If you run into these guys, or another backpacker, offer them a bed for the night or a meal in your home – I’m sure you’ll get as much from your generosity as they will. 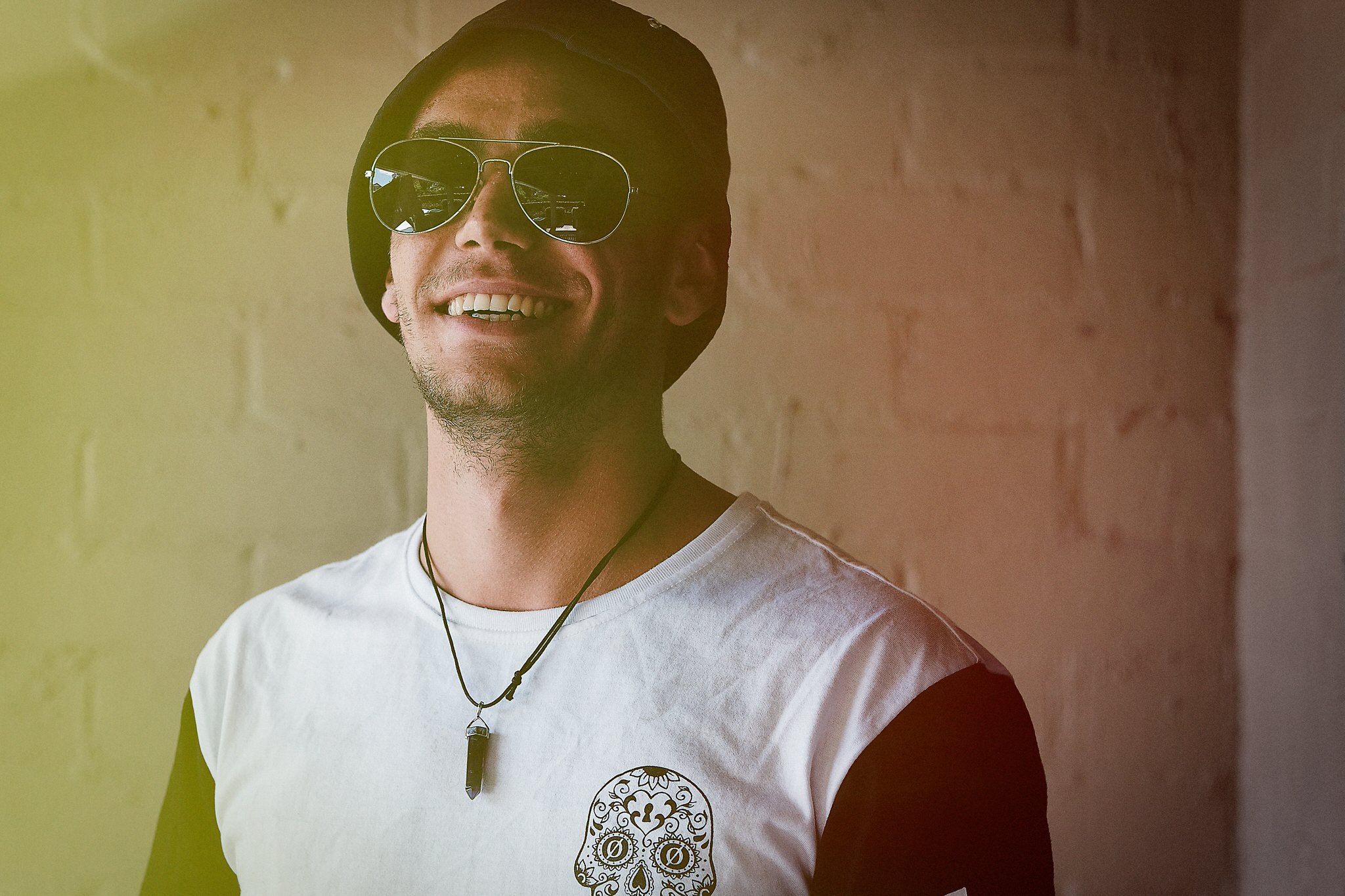 Once Luis knew I was a photographer, he asked for a few photos for profile images. 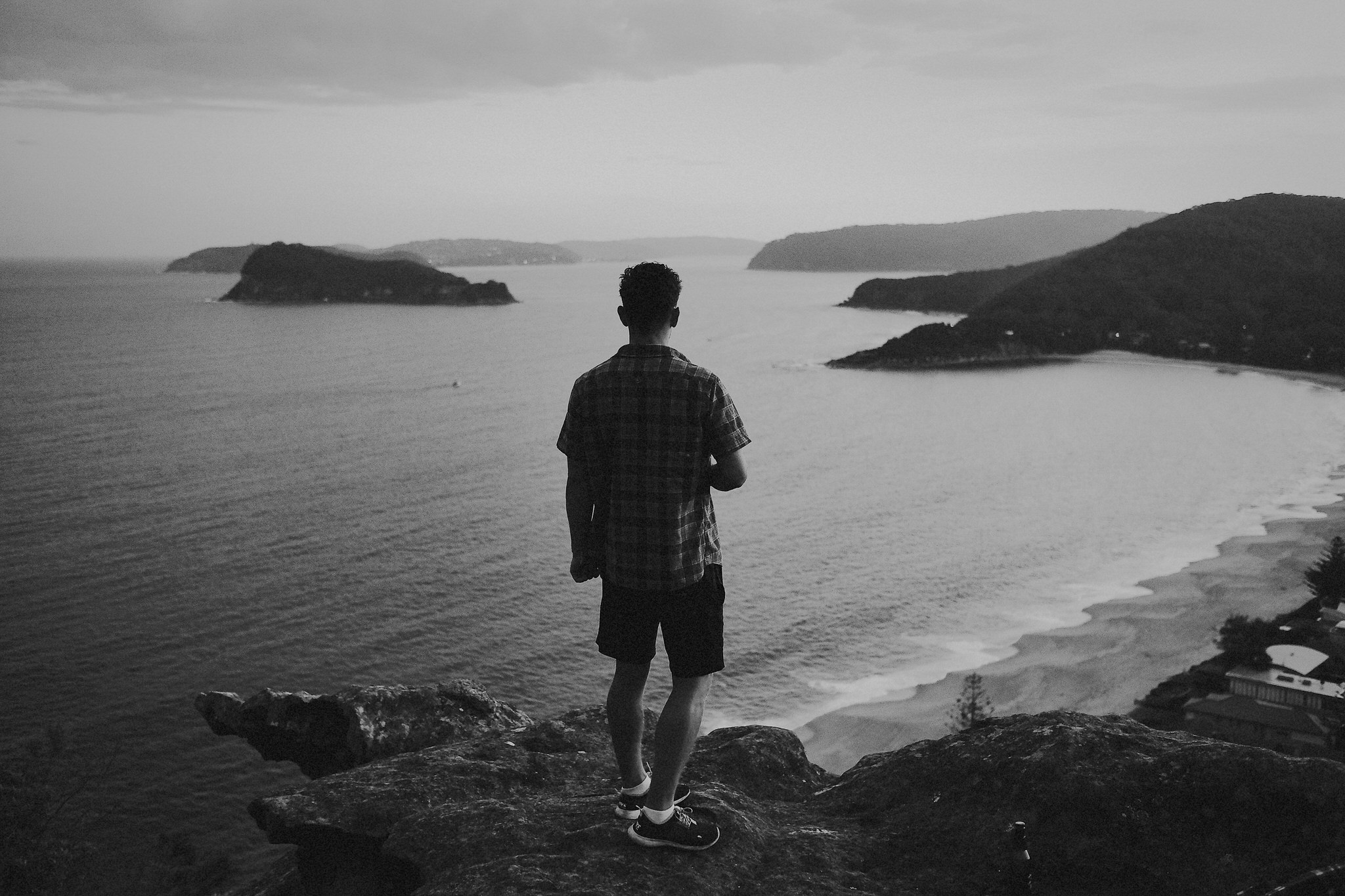 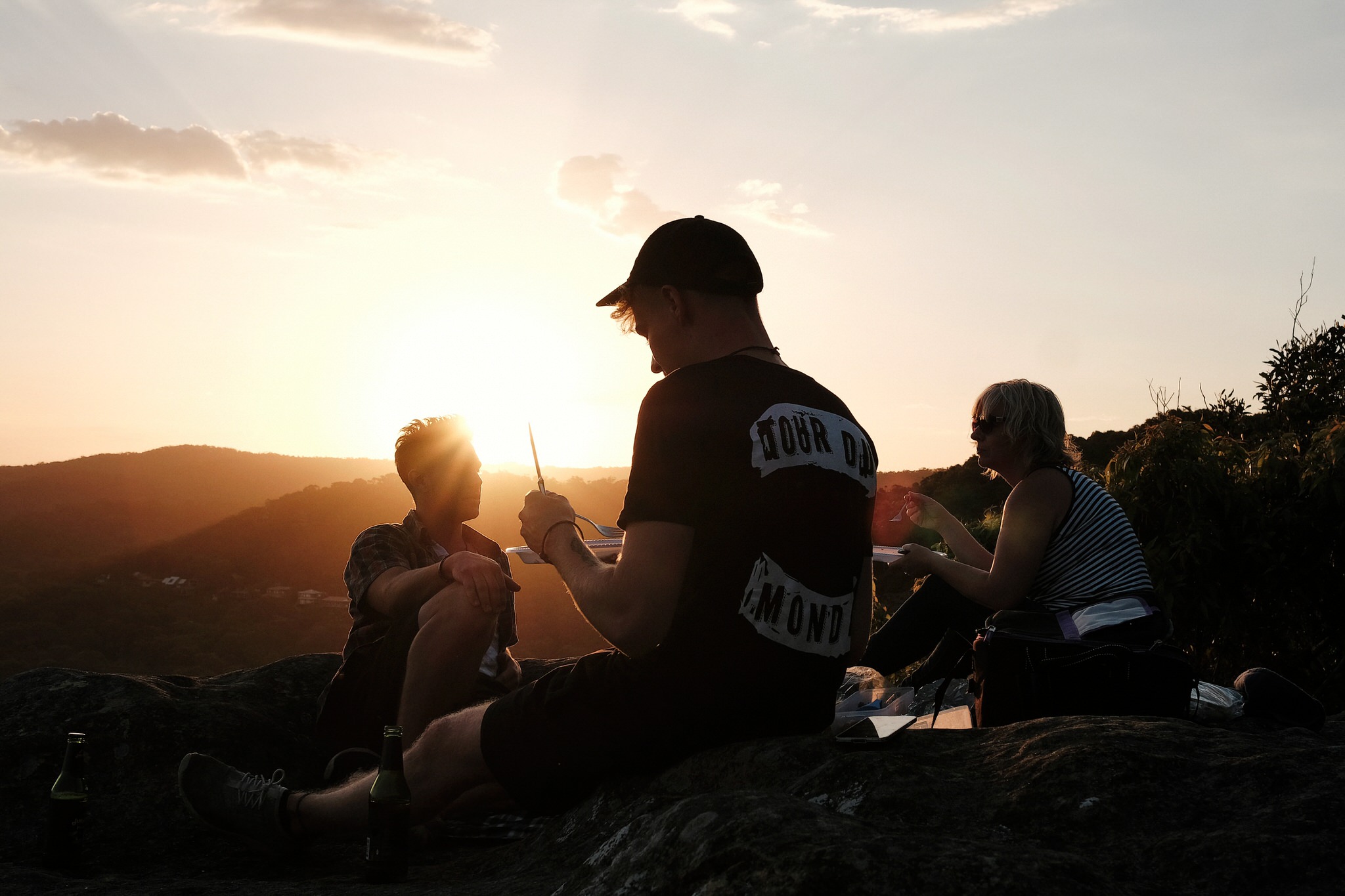 Picnic at Mt Ettalong on the Central Coast. 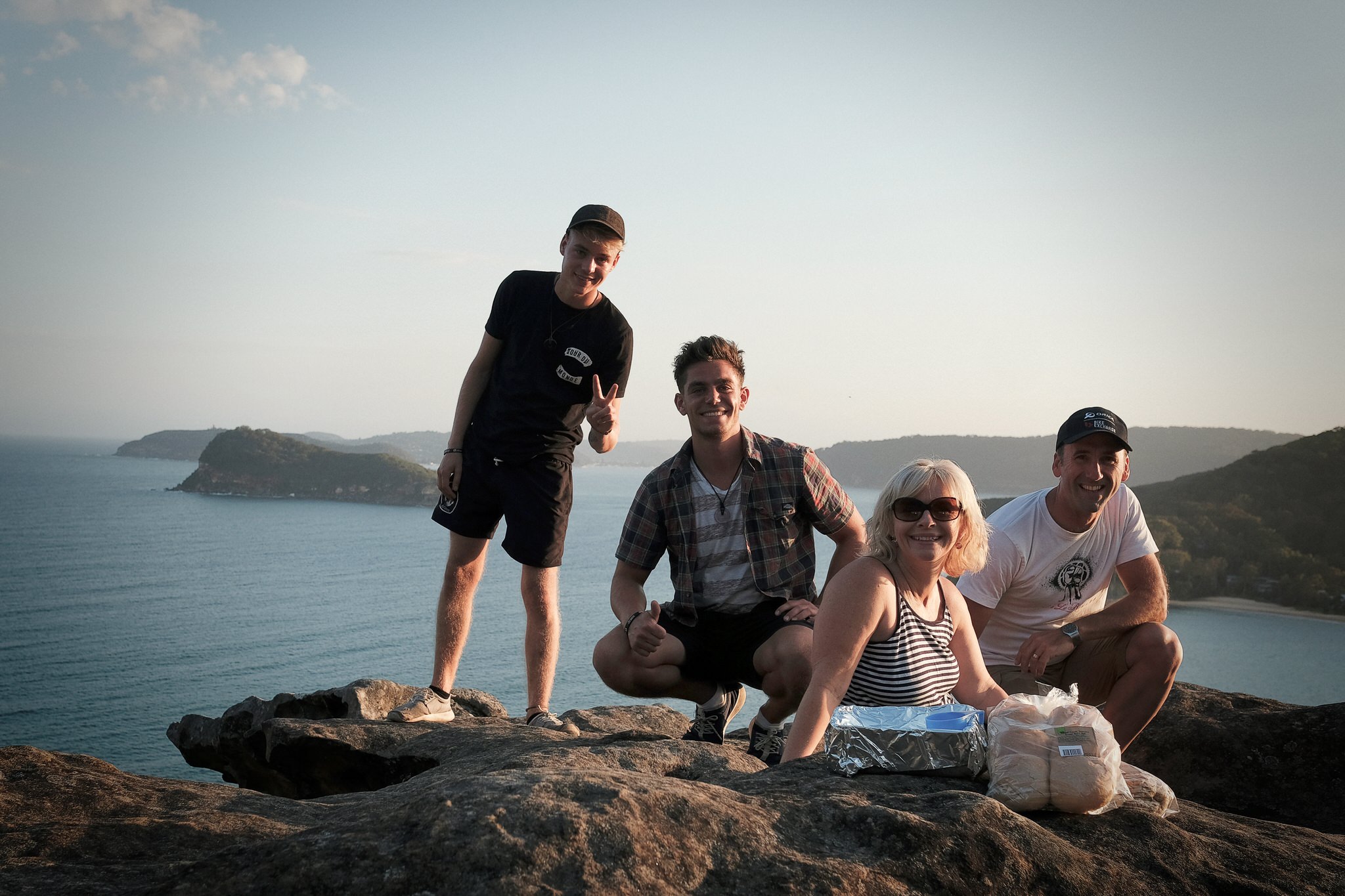 I don’t think i’ve met a couple of more appreciative boys – I heard more “thank you’s” in a few weeks than I have in a lifetime. It was nice. 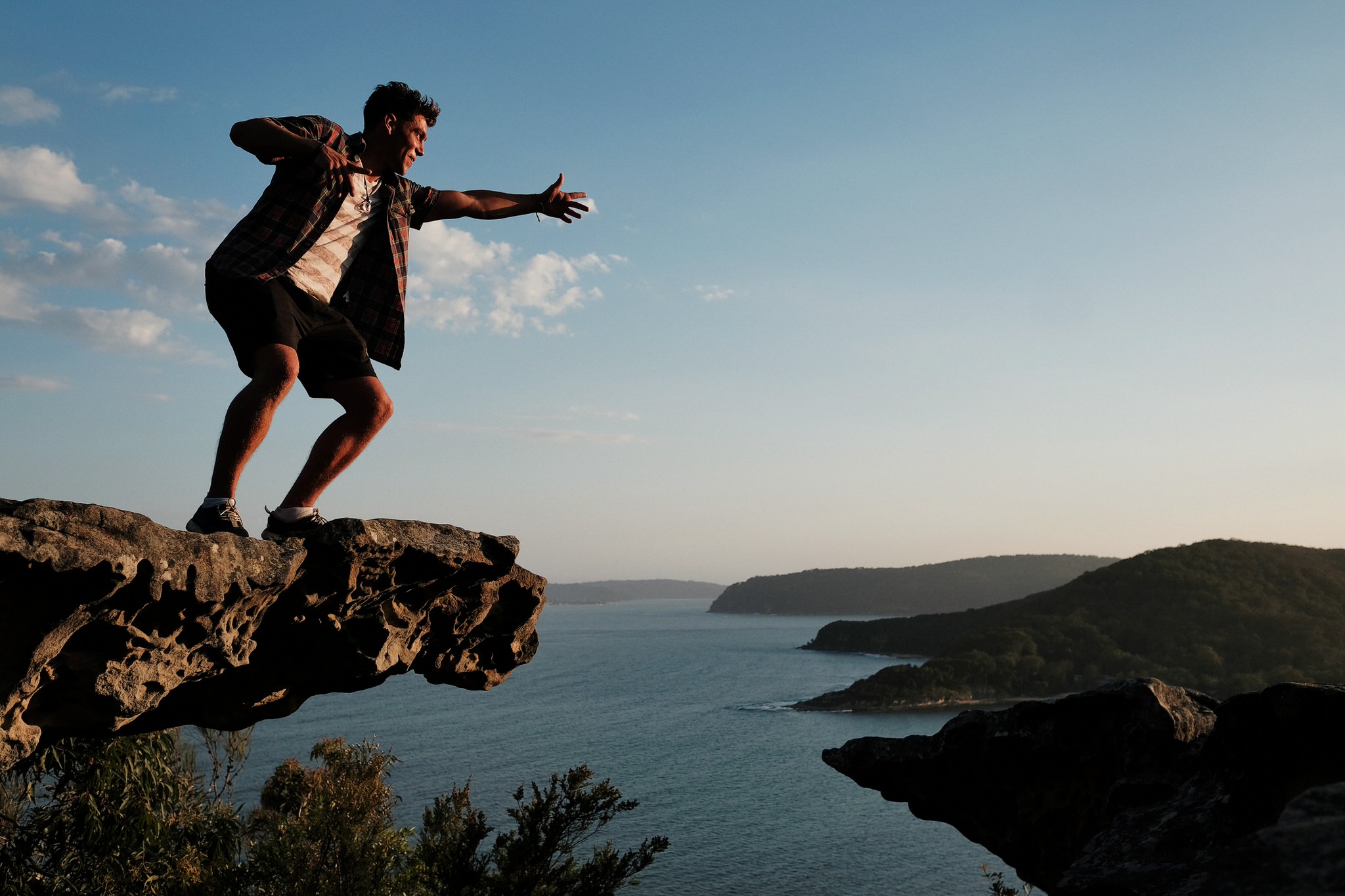 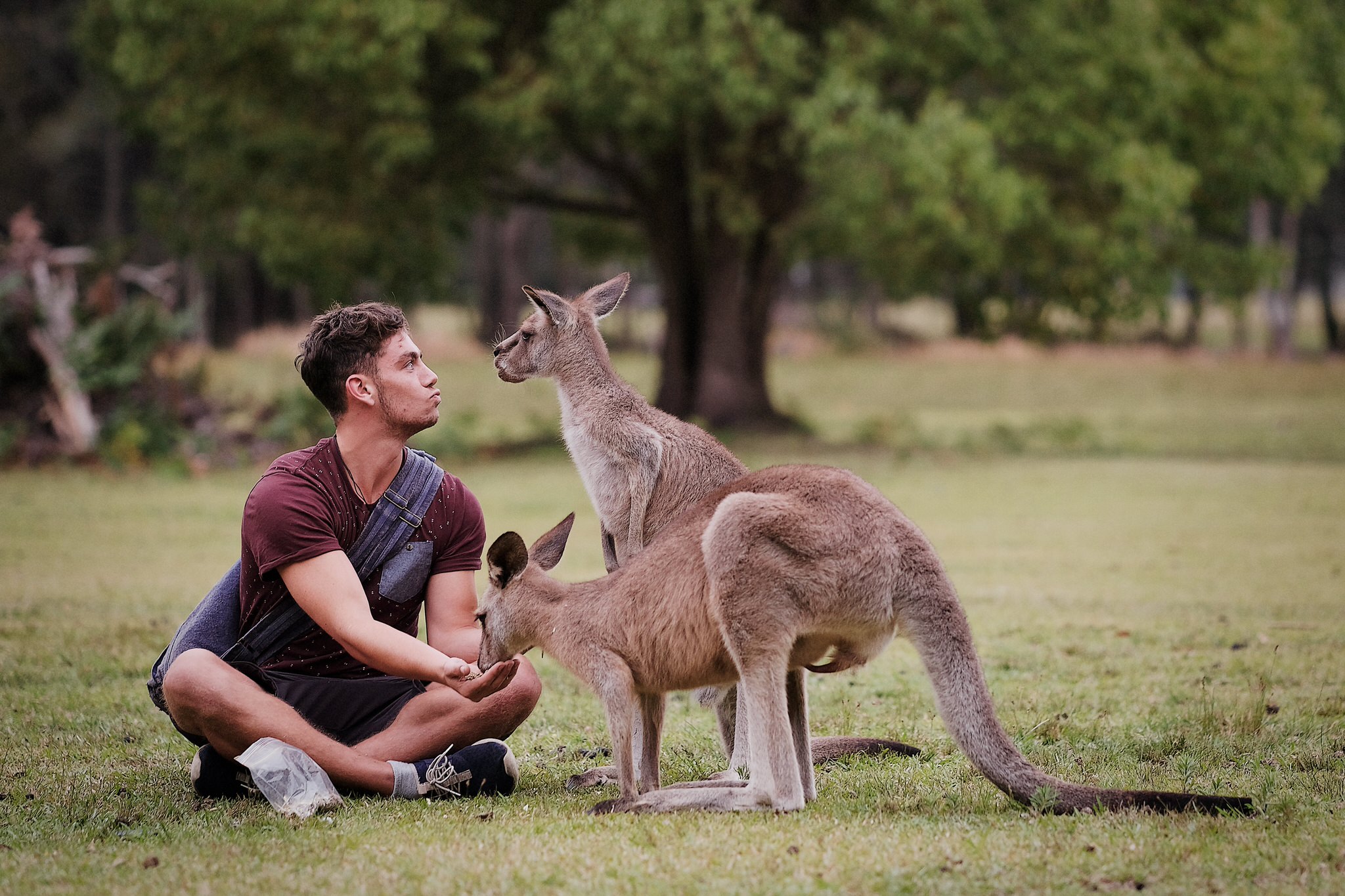 We visited the Morisset Hospital grounds so the boys could get close to some Australian natives. They loved it! 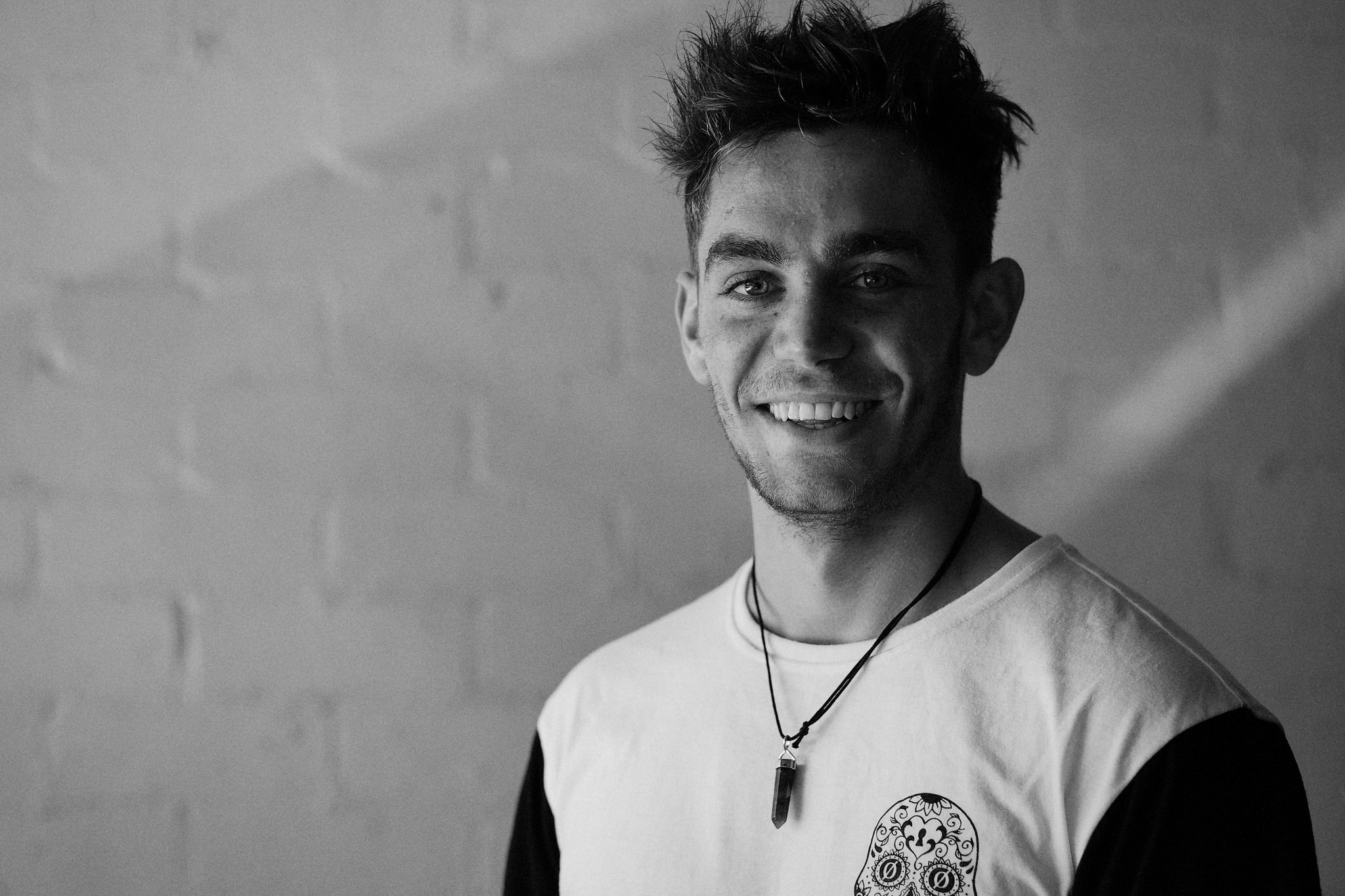