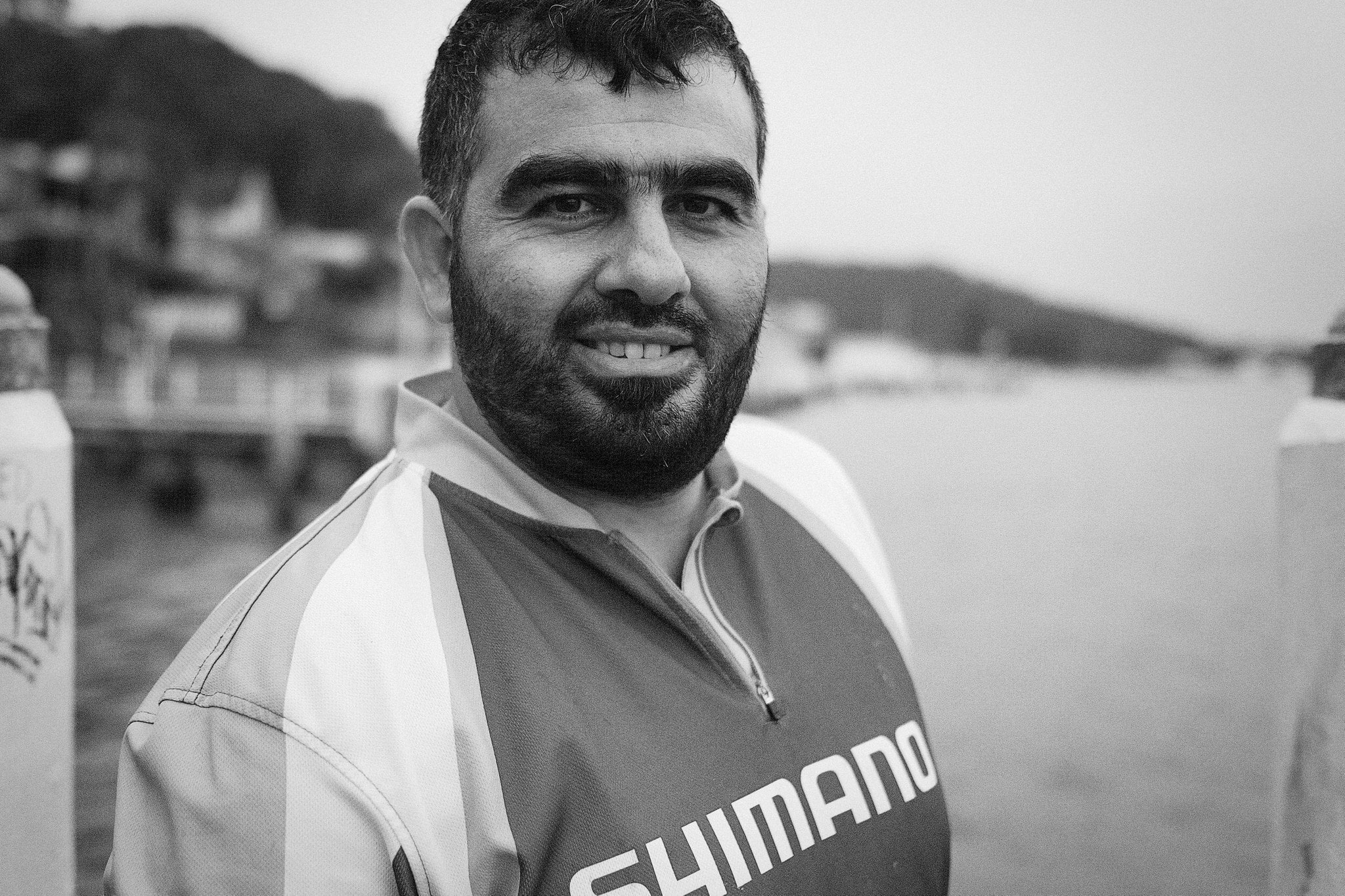 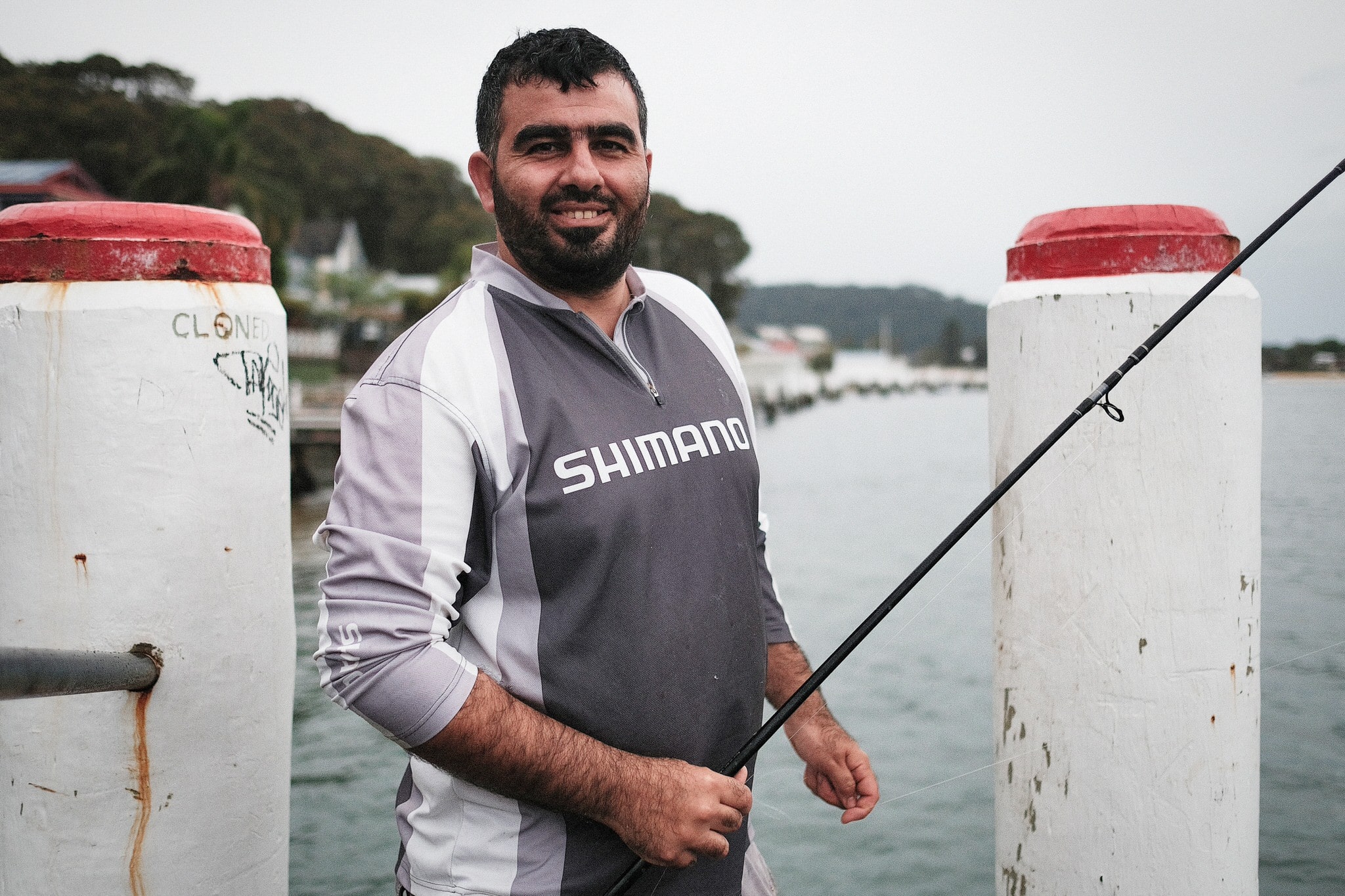 Ahmed moved to Sydney from Lebanon 6 years ago and LOVES Australia.

I have my first baby due in a few weeks, I’m a painter, I go fishing, I have enough money to live a good life. It’s good, I’m happy. My friends say I should work nights, drive a taxi, start another business. I don’t want more than I have. I like having time to go fishing and see my wife.

Lebanon was very different and dangerous compared to Australia. If I visited a city where I didn’t live, thieves would take my car, my wallet and any possessions and leave me with nothing. There are police and army but they are paid by the thieves so turn their back.

I could tell you a story about my brother you’d never believe… He was in the army and a bomb was dropped on his car. He survived. We don’t know how.

A year later, he was on an army bus and a terrorist rolled a homemade bomb onto the bus through the door. My brother was on that bus and survived. He started helping wounded off the bus and realised blood was coming from the back of his head and lost consciousness.

Two days later, a worker at the morgue opened the cool room door and saw my brother move. He was still alive!

A doctor removed two screws from his head (from the homemade bomb) but had to leave a third which was in his brain.

A few days later, he walked to the amazement of the doctor.

It’s been a long time but he’s better now. He can’t do some things like travel on airplanes but he’s alive and well.

I could have stayed and talked a lot longer but rain was coming. Ahmed was happy to stay out there and catch a few more bream from the wharf. He looked happy. 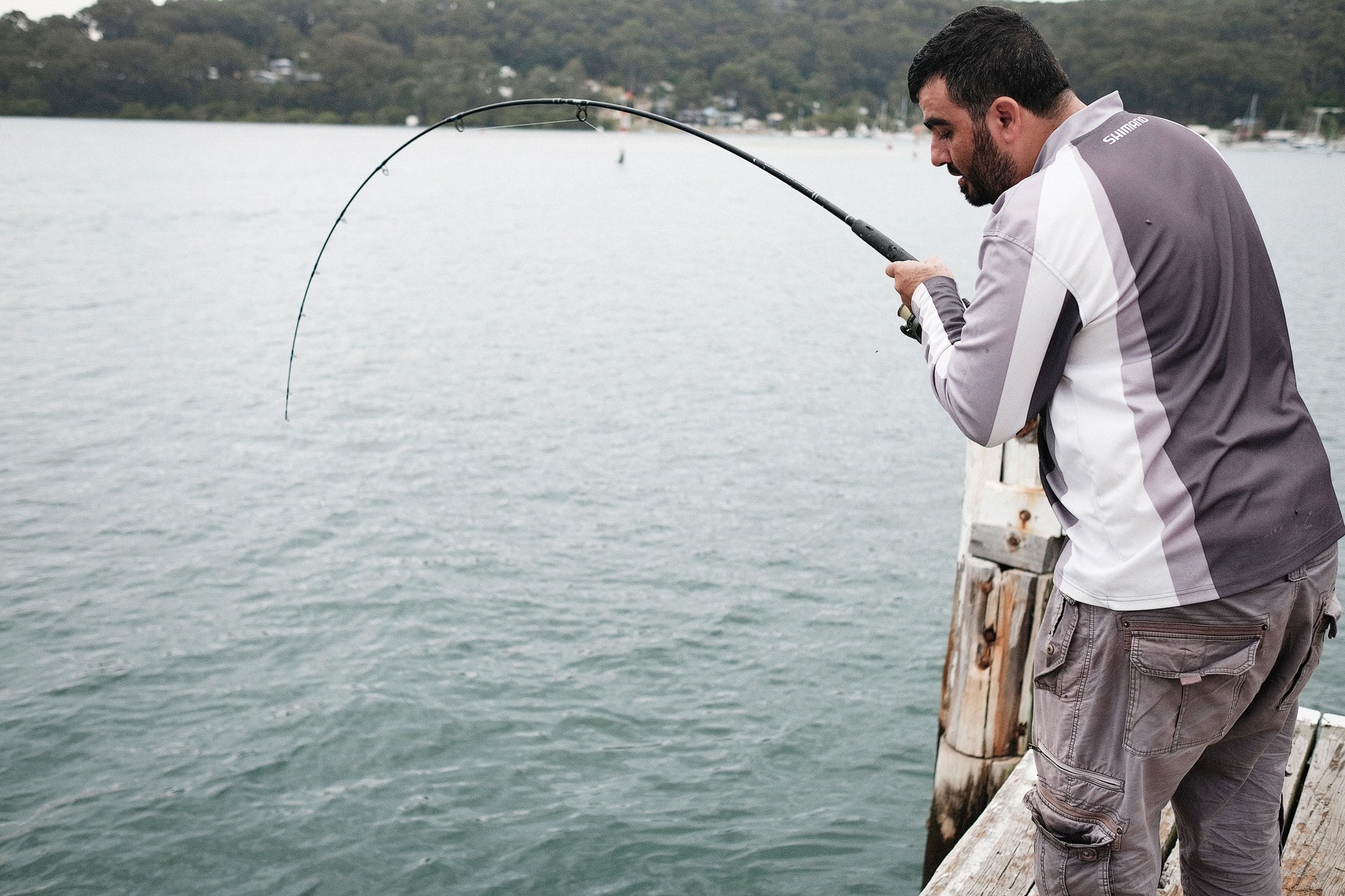 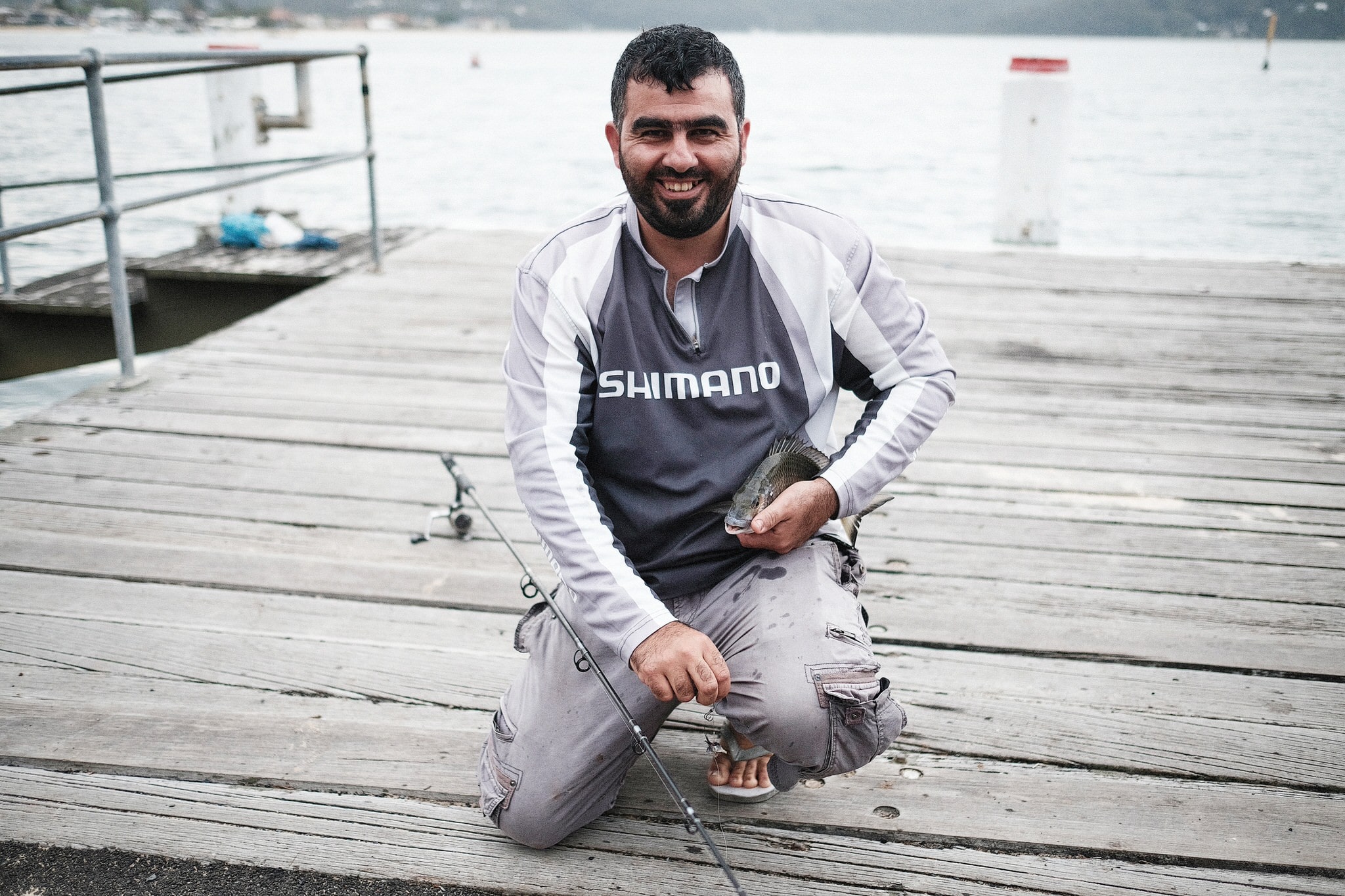