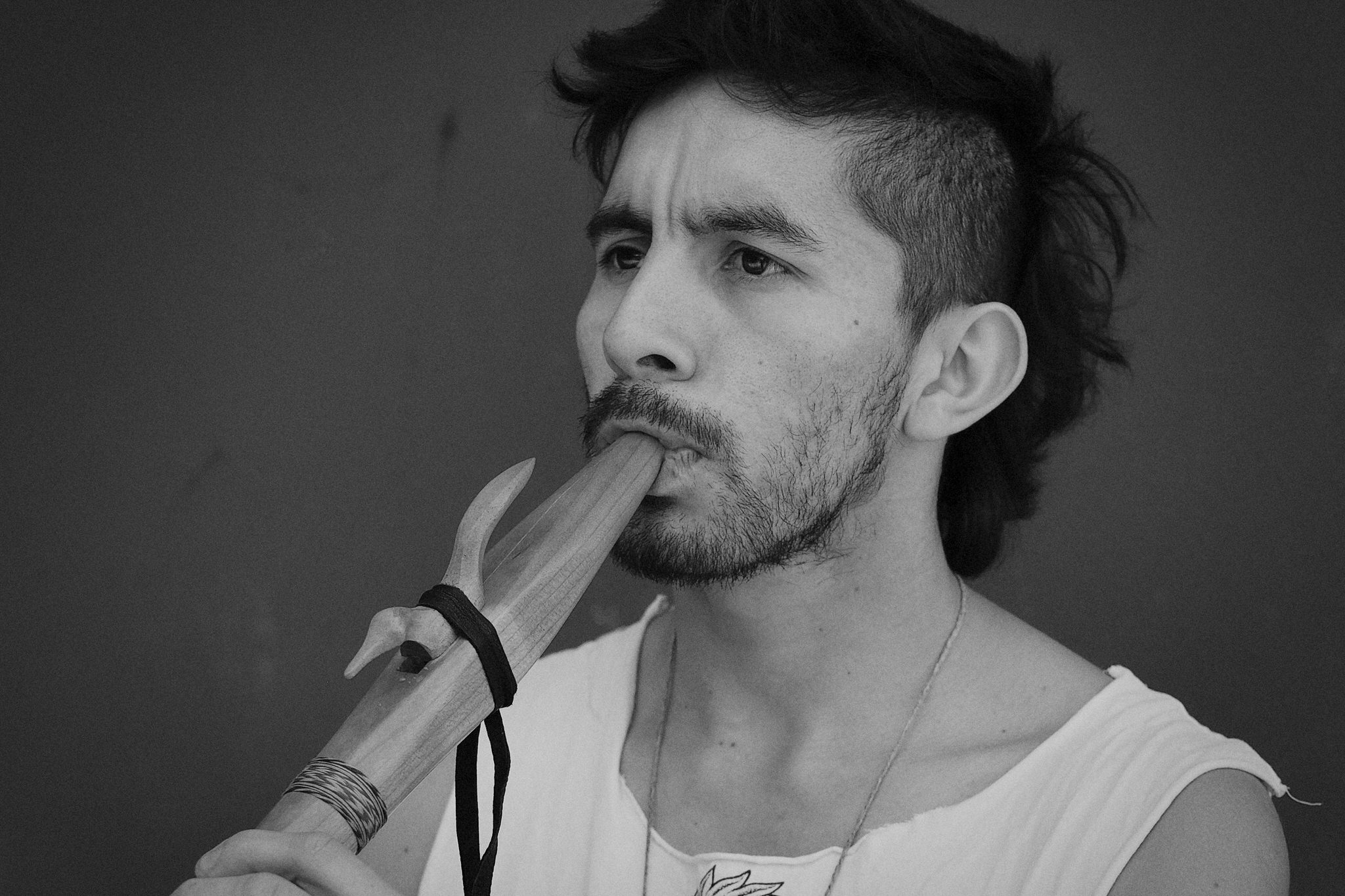 Leandro (most friends know him as Leo) was playing a wooden instrument I didn’t recognise which turns out to be a Columbian Flute. He was sitting alone at Terrigal beach while on a break from the coffee shop across the road. Linda and I stopped for a chat.

He’s been travelling the world for three and a half years, I asked if he missed what I learned was his home town of Bogata in Columbia? “Yes, I love travelling but I do miss my family and home. I’ve visited most of South America, parts of Europe and now Australia. The people here in Australia have been very kind, the people here are beautiful.”

Isn’t it the same everywhere you’ve been, aren’t people nice in all the countries you’ve visited?

“Yes, that’s true, almost everyone has been very good. There are always some… how do you say… what is the word… hmmmm… dickhead?”

Haha, Linda and I laughed, yes, thats the right word, there will always be a few in every country.

We chatted for a while longer about Columbia, traveling, drugs, a little about politics and the Central Coast.

After agreeing to a few photos, we said our goodbyes, promised to stop in for a coffee and continued on our walk. I looked back at the sound of the flute and Leandro was sitting again, staring out at the ocean, lost in the melody of his playing. 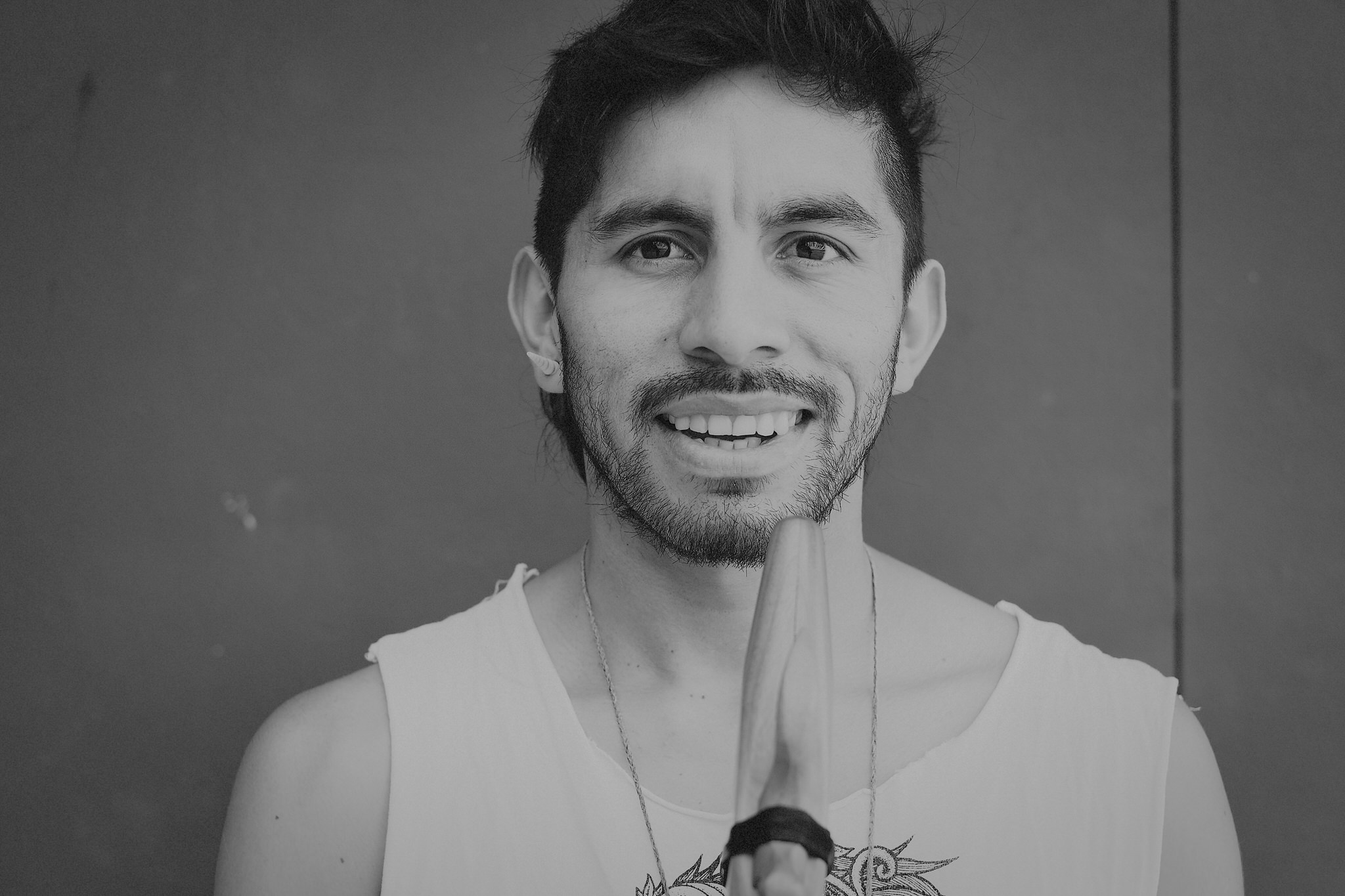 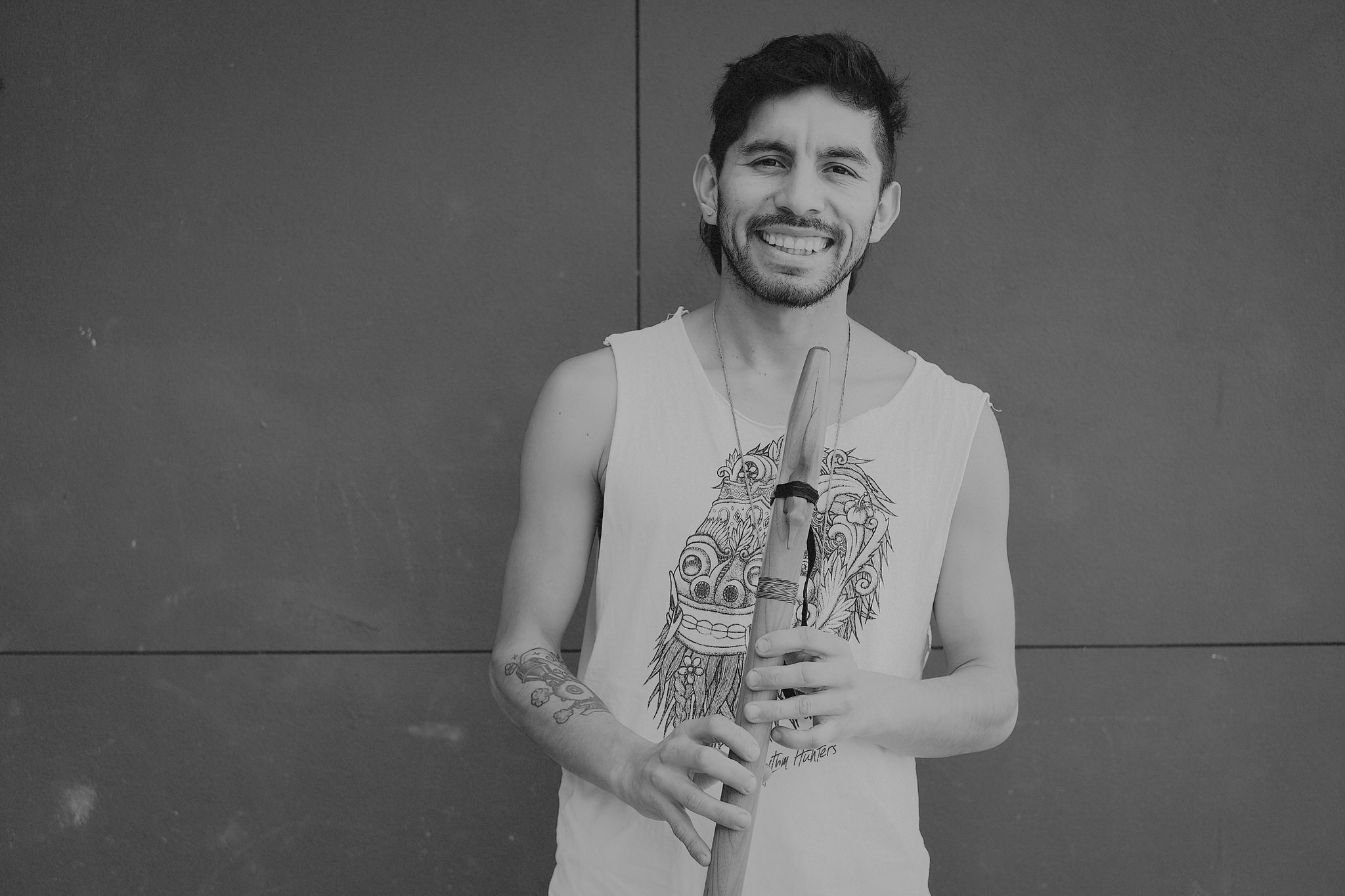 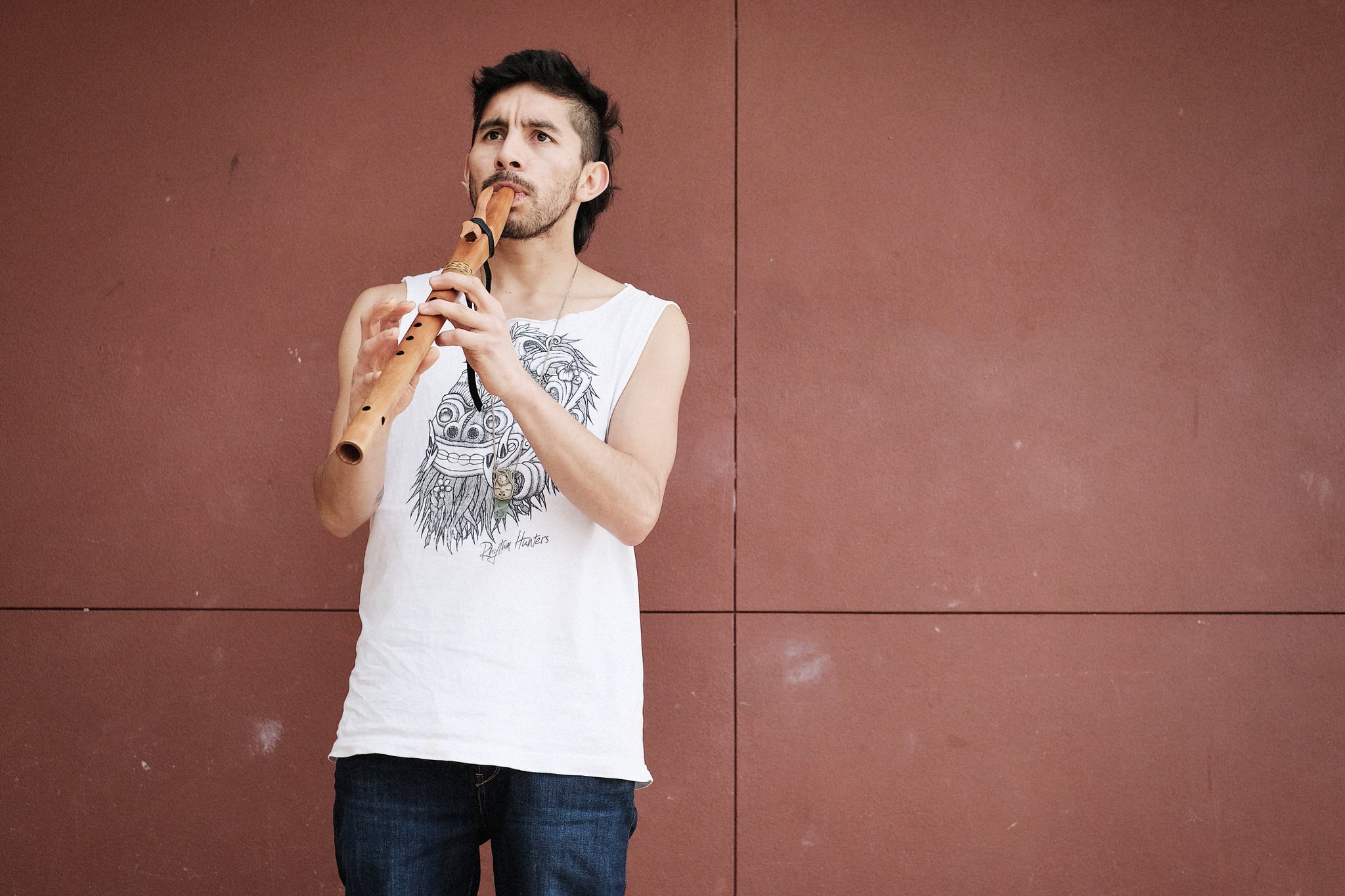 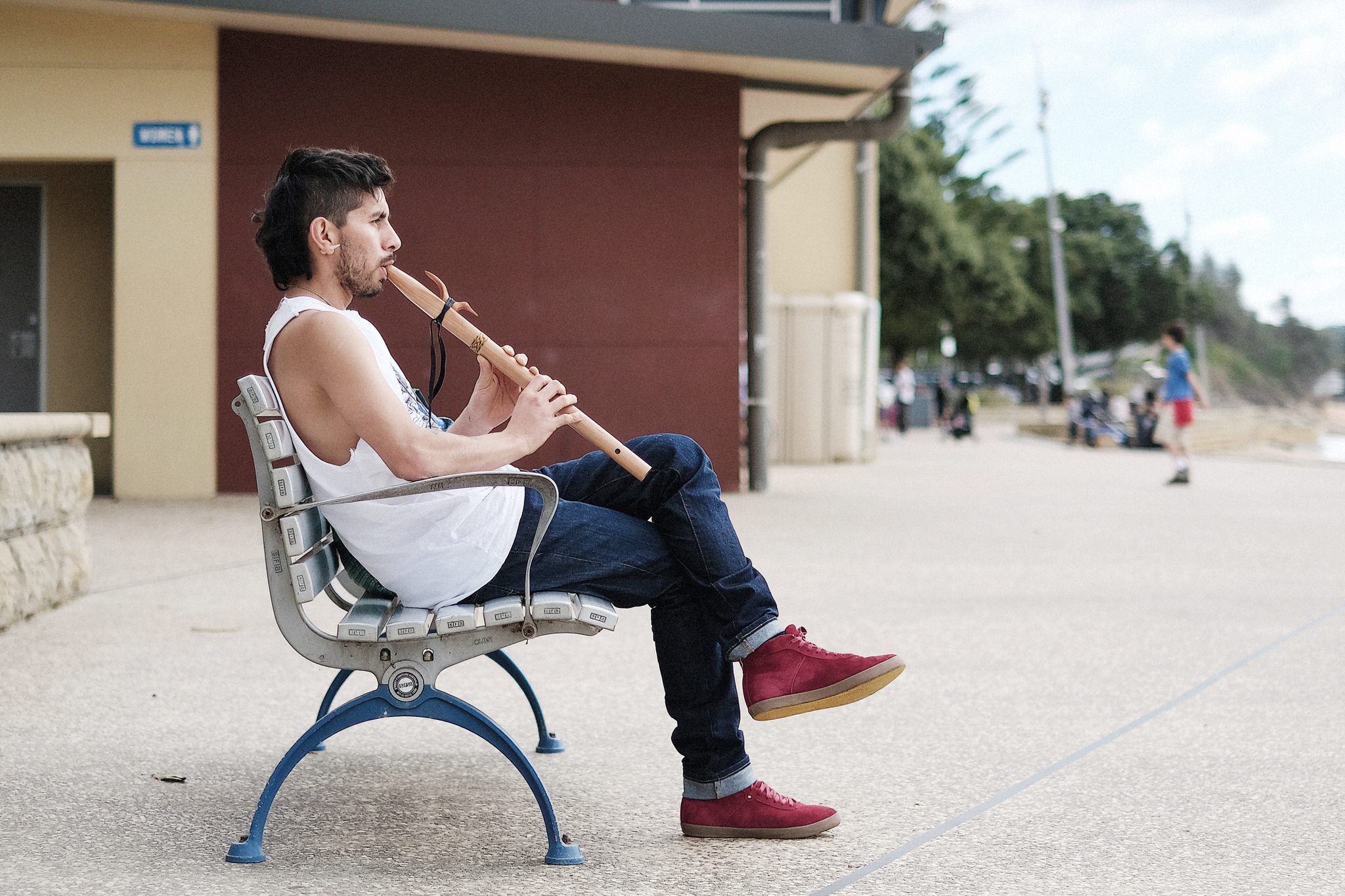