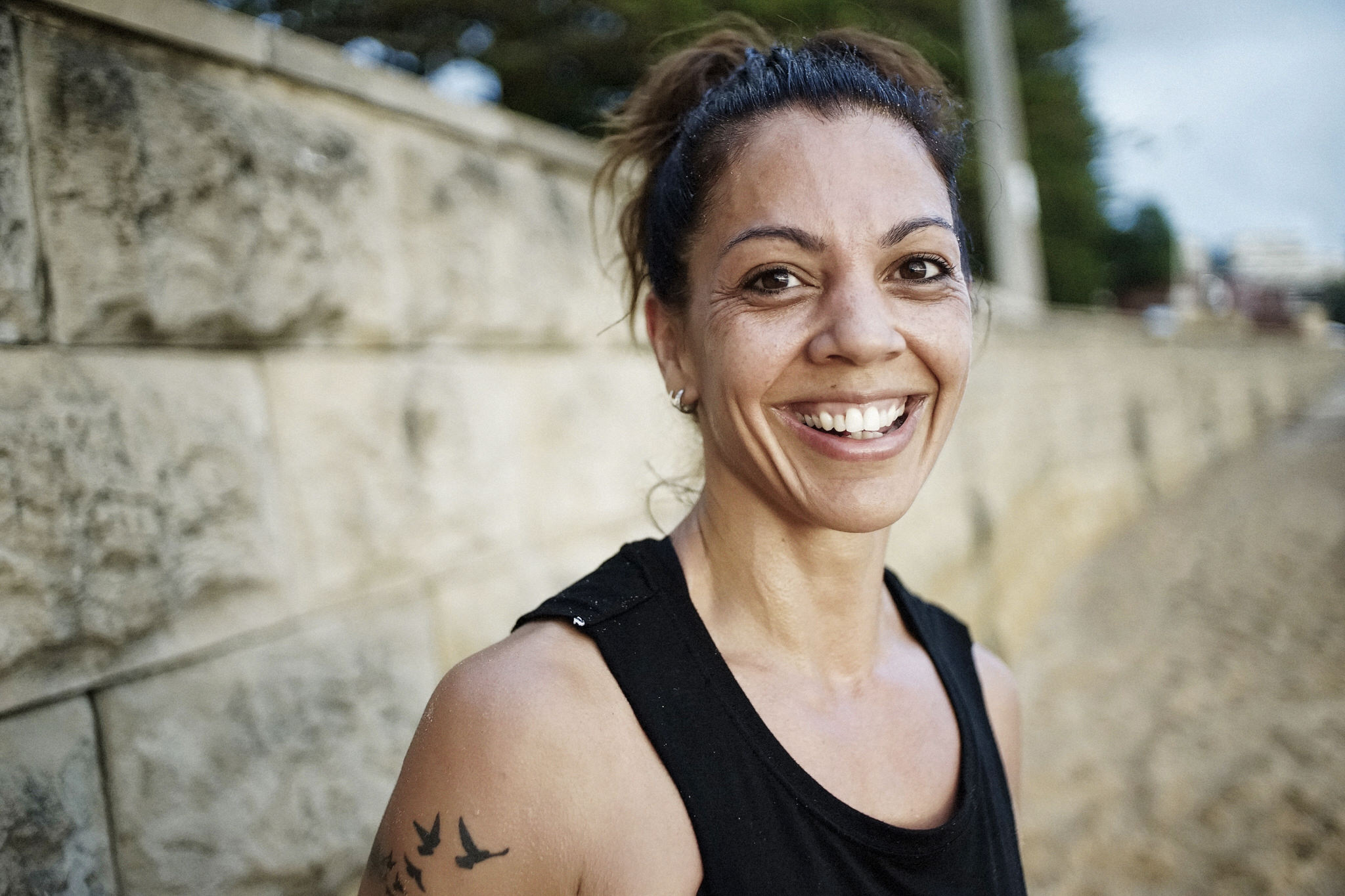 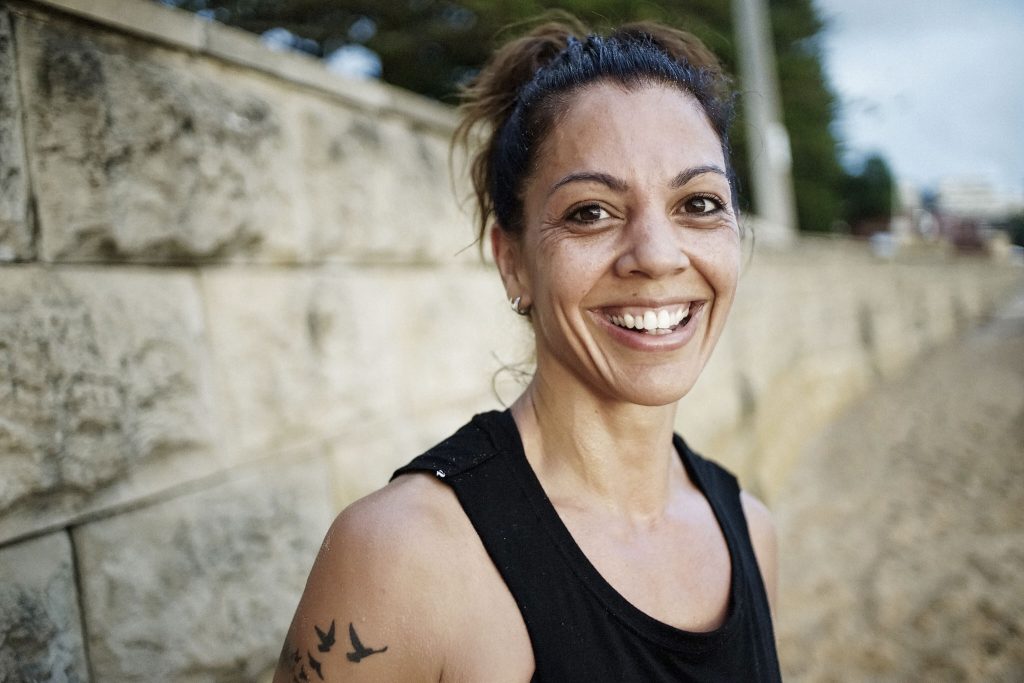 I’m not sure if Jenny was happy for the distraction or the fact she was deliriously close to completing her mission when she said yes to having her photo taken?

Covered in sand, dripping with sweat, a small bloody cut on one knee, taking in deep breaths and a focus on the two small orange marker cones about 50 metres away I asked if it was ok to take a few photos. Jenny’s daughter looked at her mum, wondering who this stranger was, waiting for her mum to reply. It came quickly and with a big smile… yes. Without pausing, she launched into her next burpee. Committed, focused and determined.

A few more metres and a few photos later I asked how far are you going, how many burpees are you doing?

“One kilometre. One kilometre of burpees to help raise money for White Ribbon. It’s a charity supporting domestic violence victims and the Ladder Foundation who help with youth homelessness.”

A few more leaps and I was about to ask another question when Jenny’s daughter gave some excited encouragement to her mum,  “not far to go mum, you’re nearly there!” Then turning to me she says just as excitedly, “look at my shirt, it’s got my name on the back!” proud to be in her Battlefit Australia team shirt like some of the other crew completing the challenge.

When Jenny crossed the line, slapped hands with a couple of trainers in triumph and washed off some sand in the surf, I asked how long she’d been training and into fitness?

“I started two years ago.”

“What made you start?”

With a laugh, a smile and a little seriousness she states matter of factly, “because I was fat! I lost almost 30kg but I’ve put a little back on now, mainly muscle but I feel good and look good. I’m happy.” 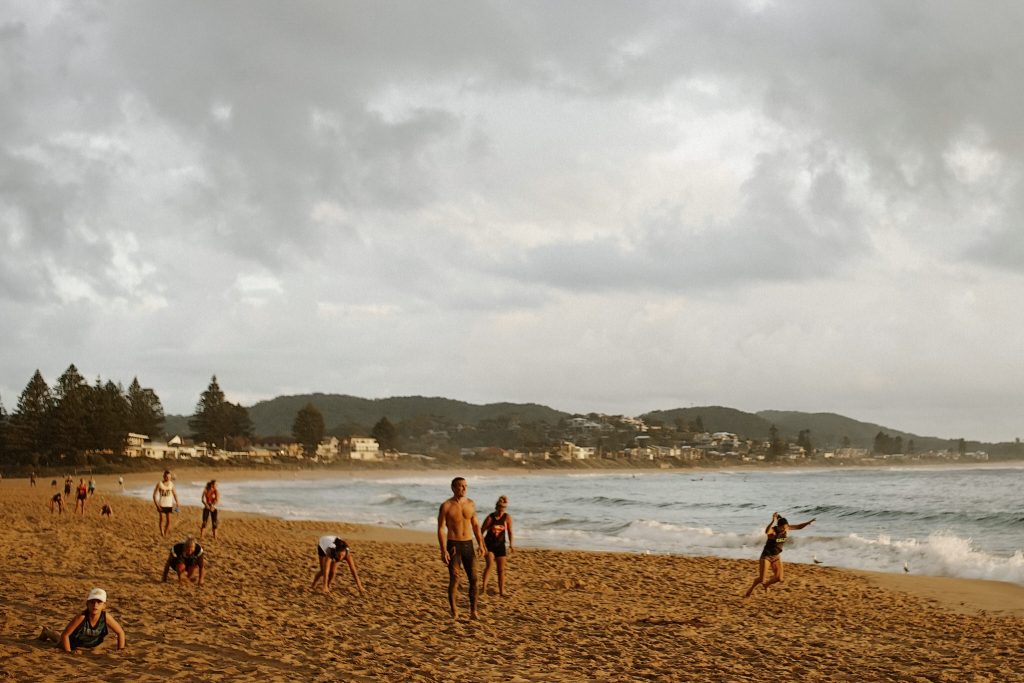 More of the group fitness class with the leaders facing about 200 more metres of soft sand burpees. 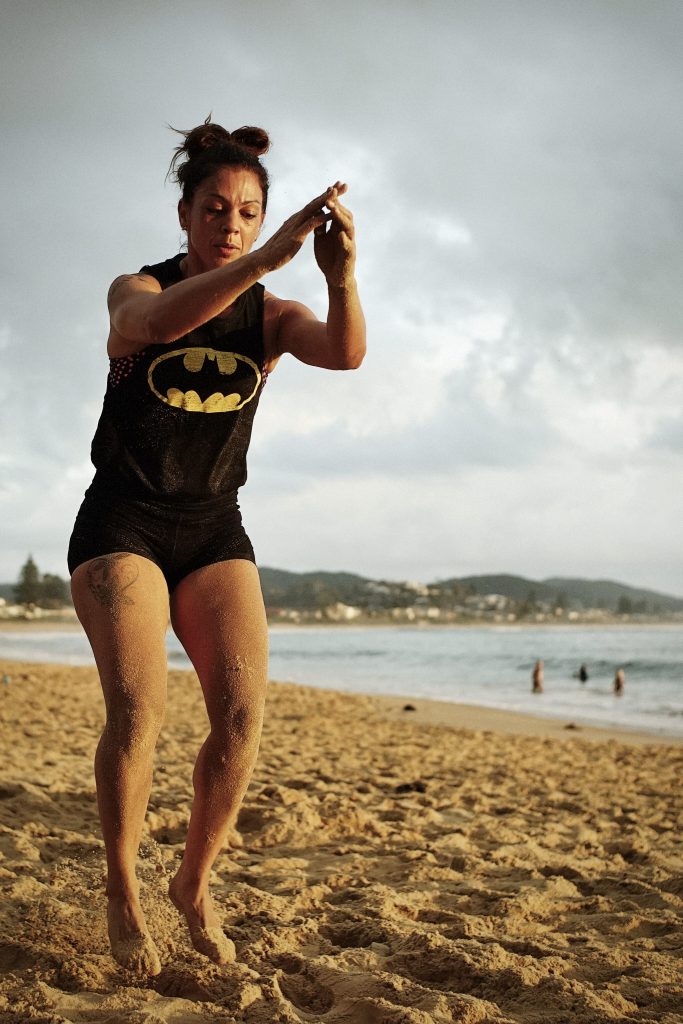 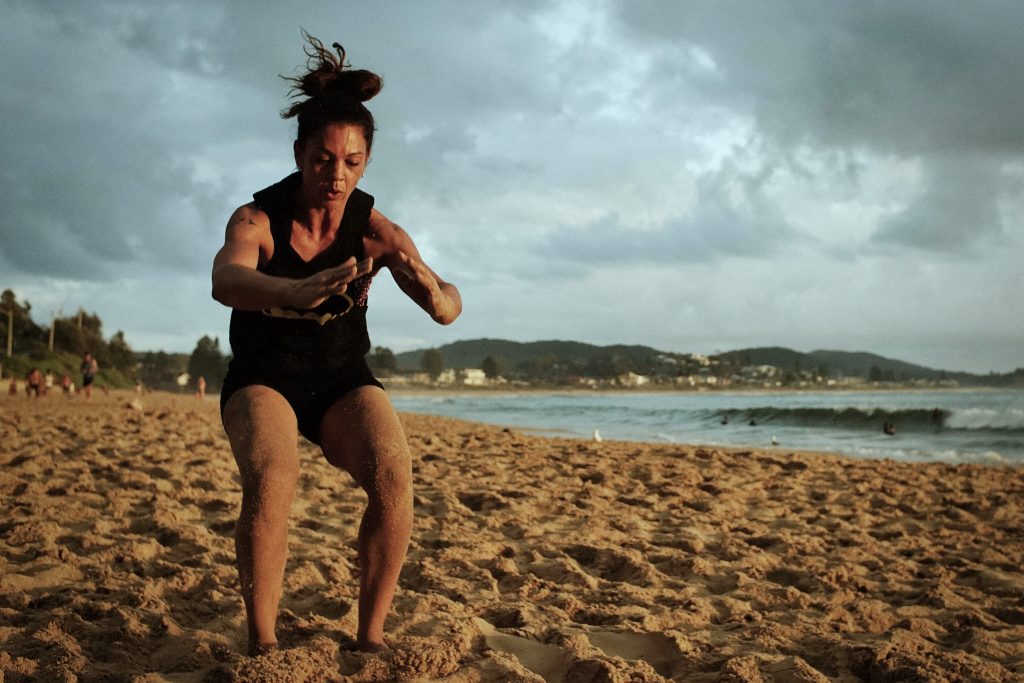 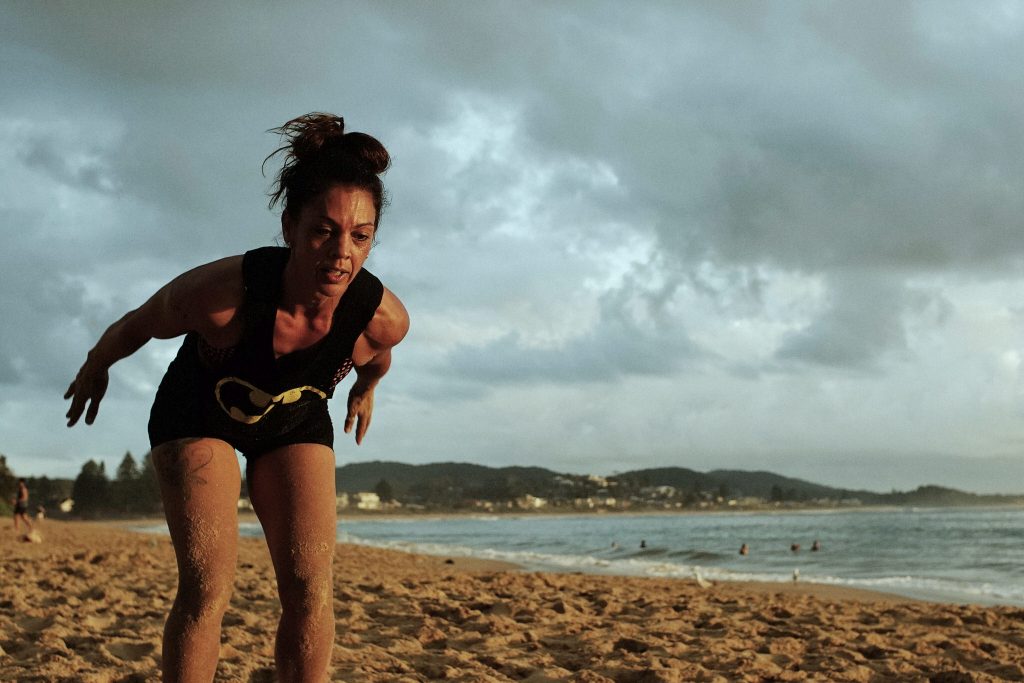 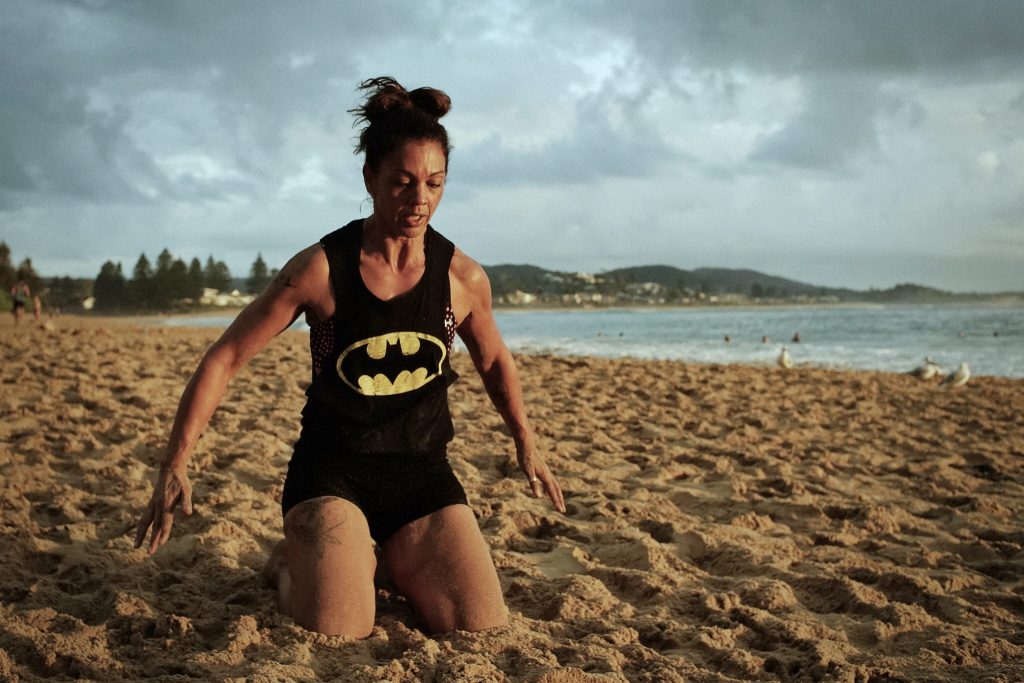 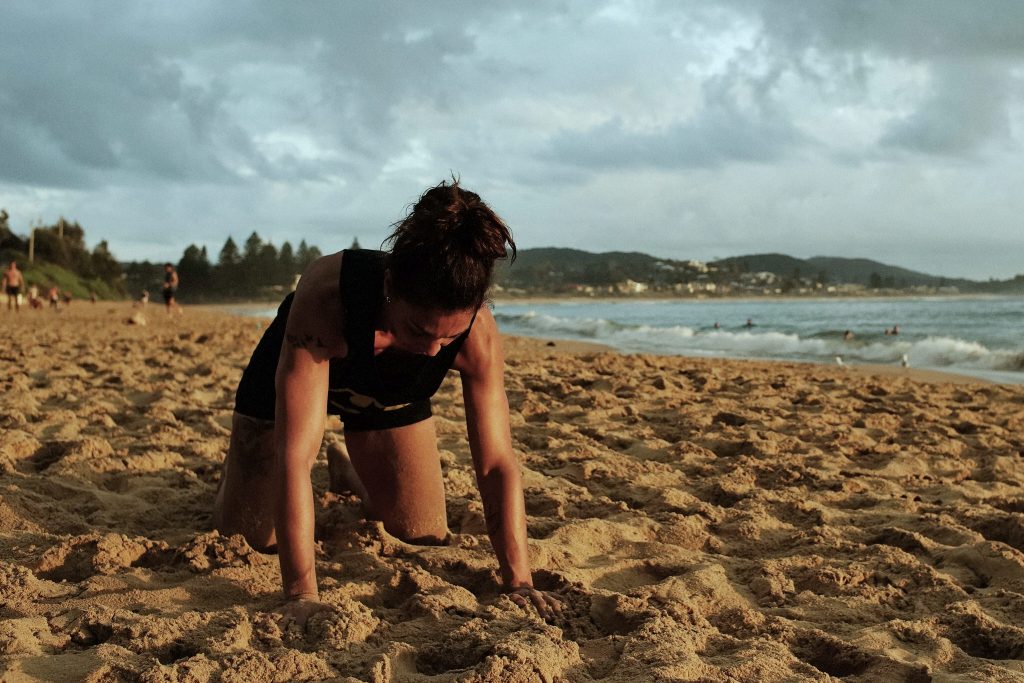 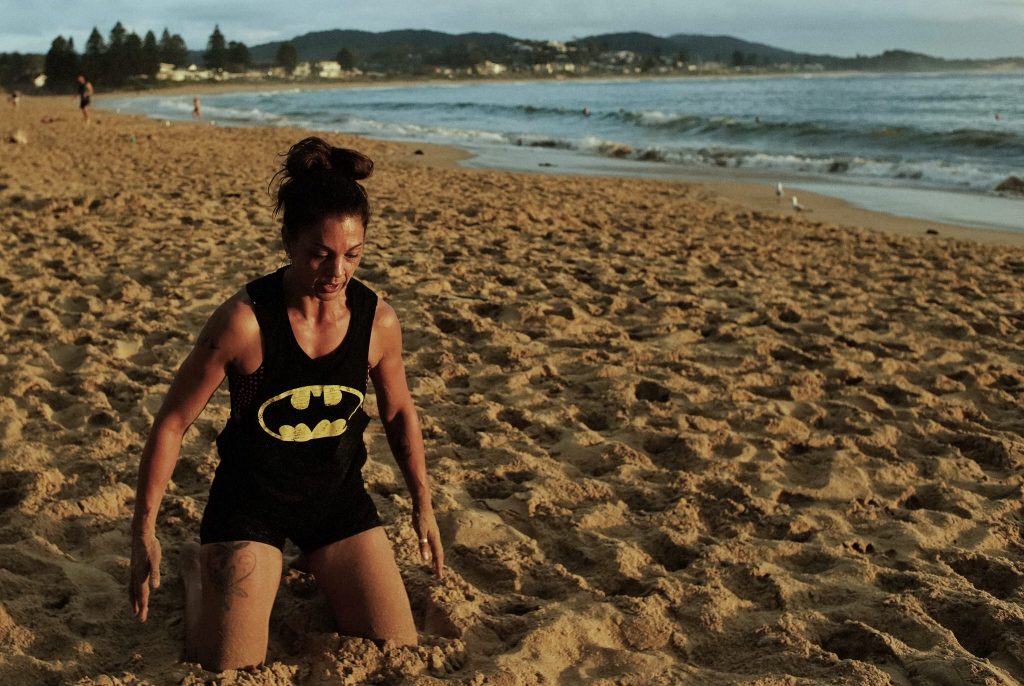 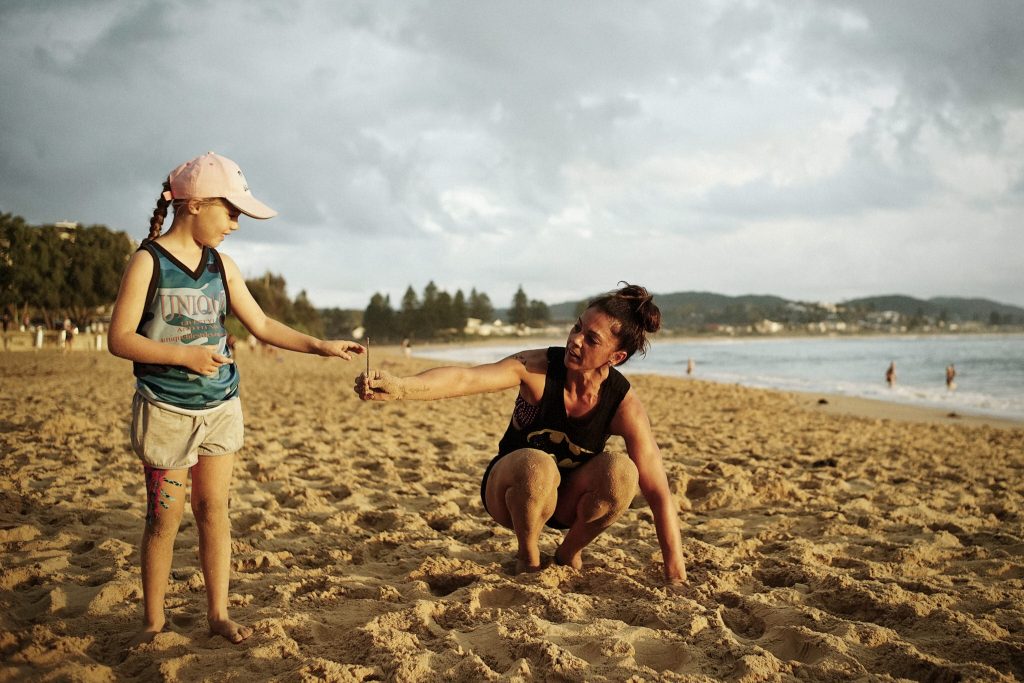 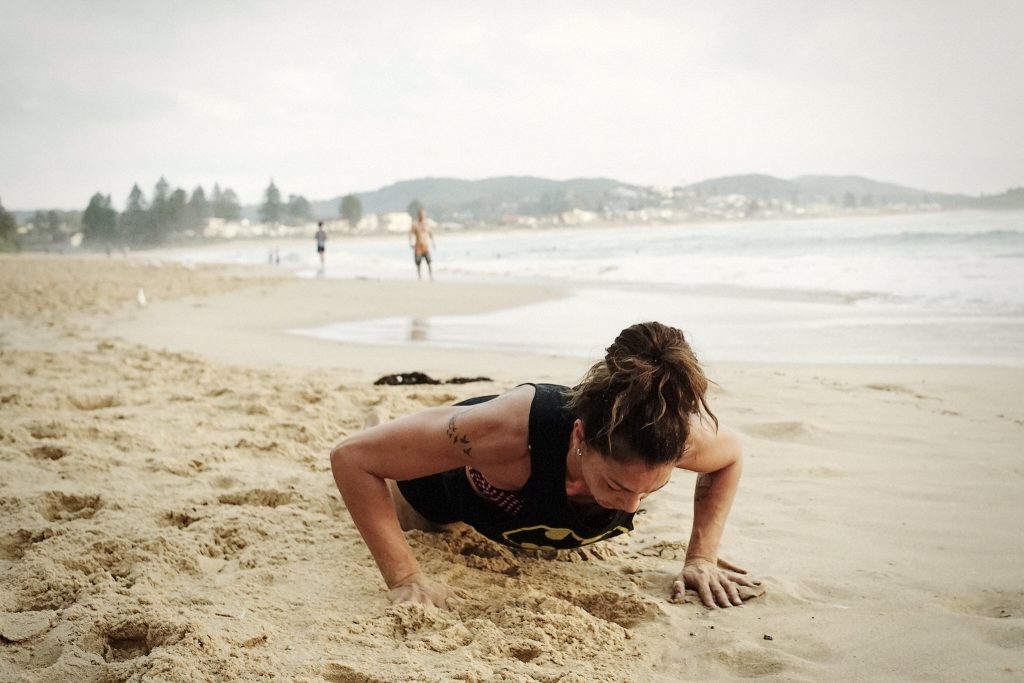 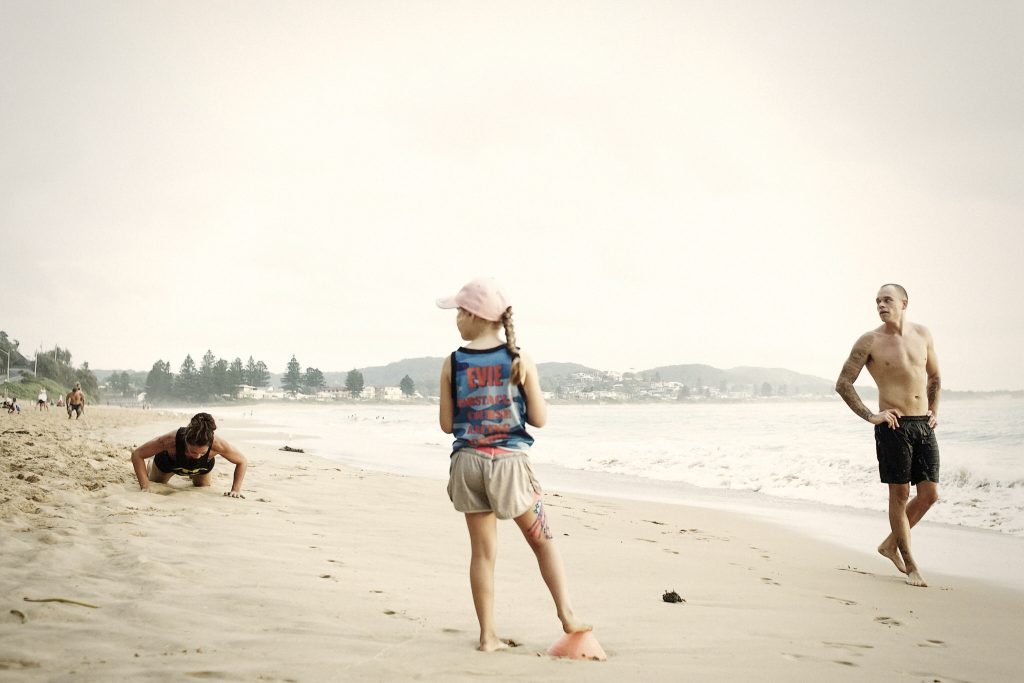 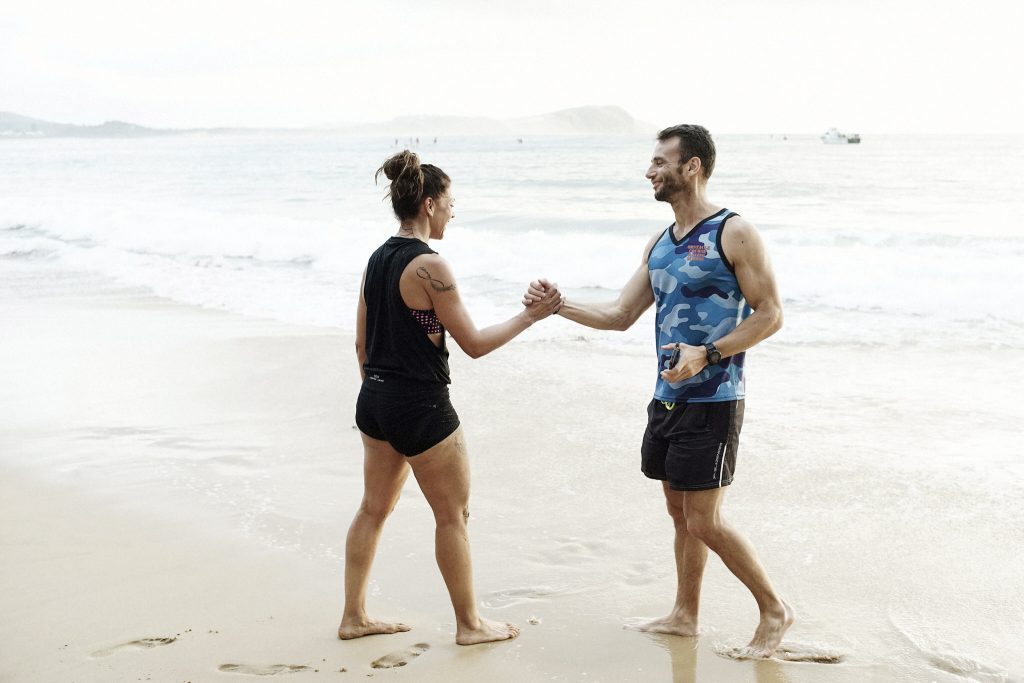