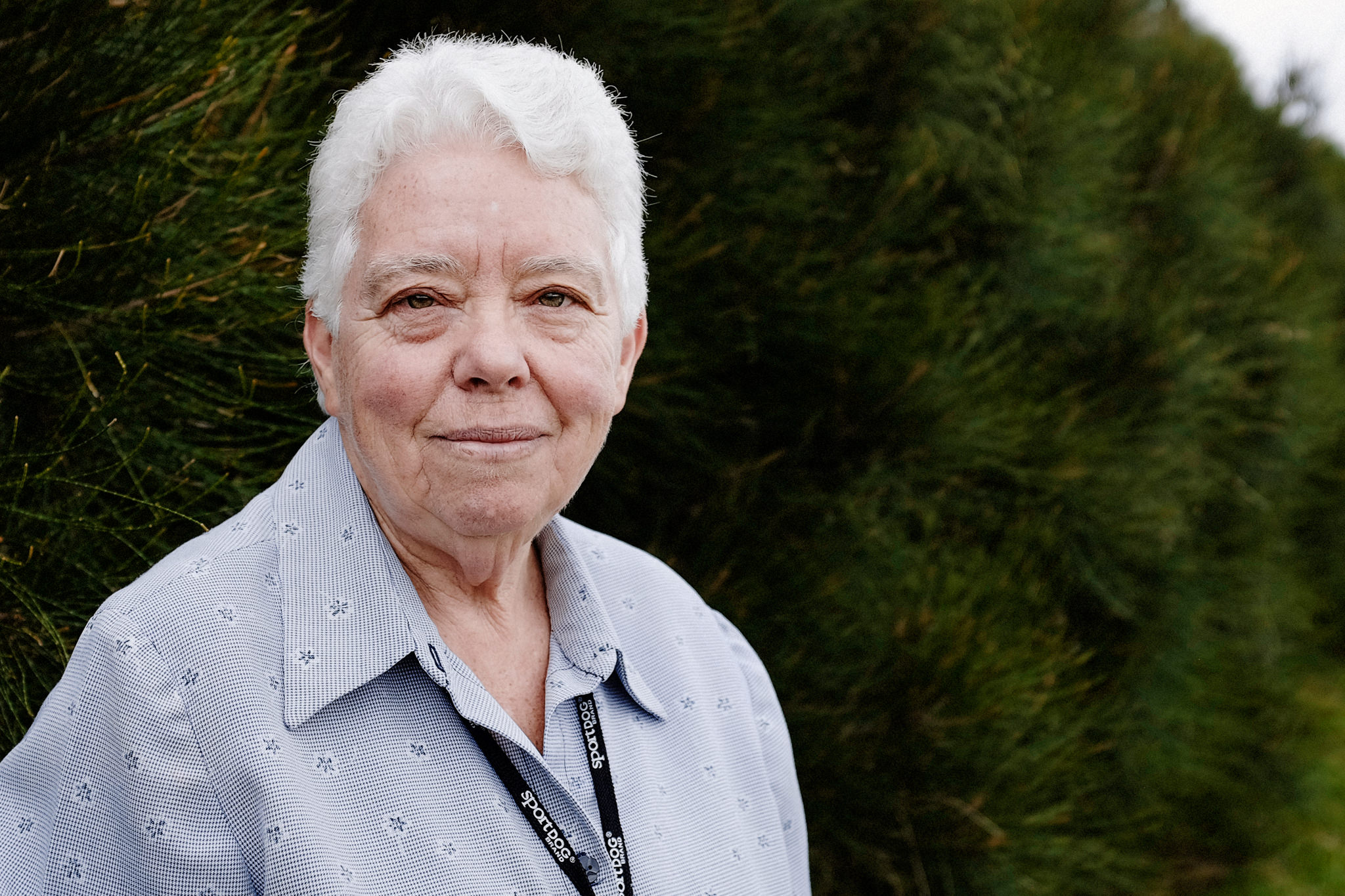 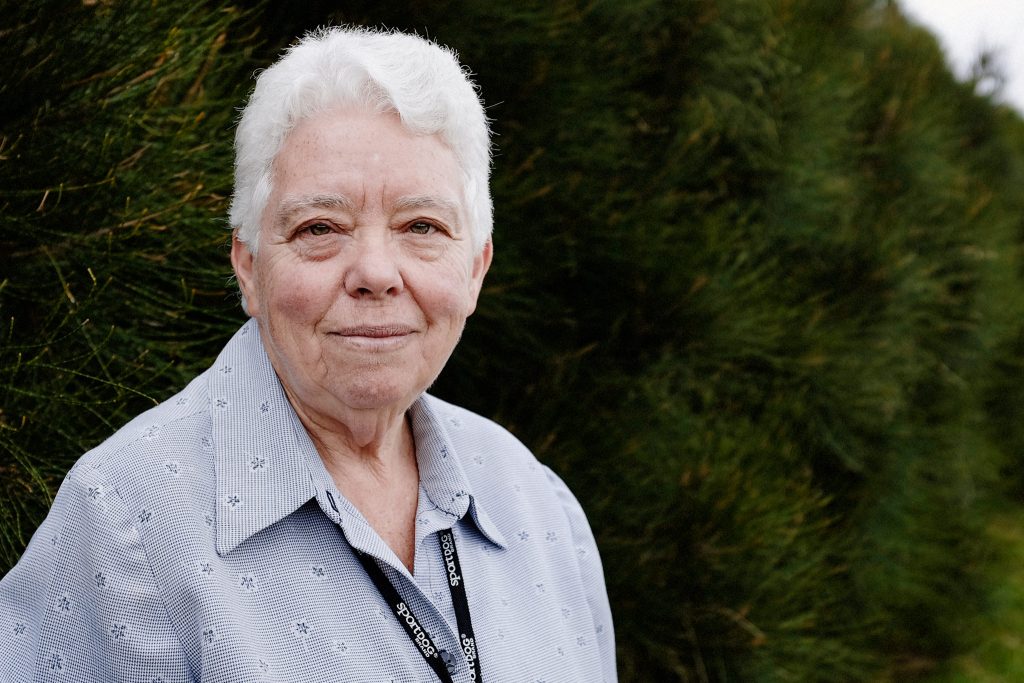 Betsy had to patiently wait 30 years before she finally owned her very own dog.

I’m not sure if rascal is the best description for a dog Tally’s size but that neck strap around Betsy’s neck, holds a walk-talky type gadget which sends a signal (read small shock) to Tally via a little gadget around his neck. When pressed, Tally immediately comes bounding back to Betsy.

This gadget came as a result of Tally’s ability to sniff out trouble and be a part of it. One of the best stories Betsy shared happened a little while ago in the very bushes seen in the background of these photos. These bushes which run along the ocean cliffs and separate the rocky ledges and the parkland.

While racing through the bushes, Tally sniffed out a wallaby (a small kangaroo for a want of a better description for overseas readers) which is a rare thing in this area – it was surely lost.

Anyway, Tally chases the frightened wallaby across the parkland, over a small access road, down the ocean boat ramp, across the beach and into the ocean!

Tally pulls up on the shoreline as the escaping wallaby swims, yes swims! out to sea. A guy in an outrigger style canoe sees whats happening and paddles toward the frightened and the swimming wallaby grabs onto the outrigger part of the canoe. Once back at shore, the wallaby bounds off in the direction of Wamberal Beach.

Betsy later heard the wallaby was captured on Wamberal Beach, taken to the local vet who gave it a clean bill of health with the only diagnosis – exhaustion. The wallaby was released a couple days later into the bush and away from the dog park.

Since then and the addition of the little electric shocker, Tally has been beautifully behaved with his only indiscretion since, being the catching and eating of a rabbit from the very same bushes. 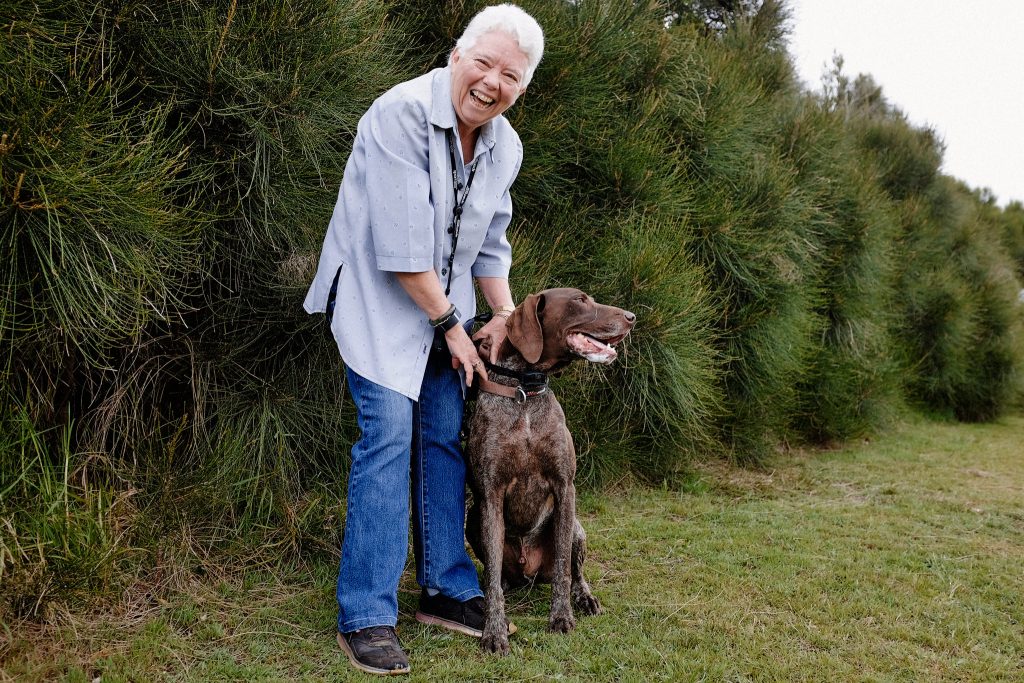 Betsy and the energetic Tally. Notice the extra black collar with the little black box. 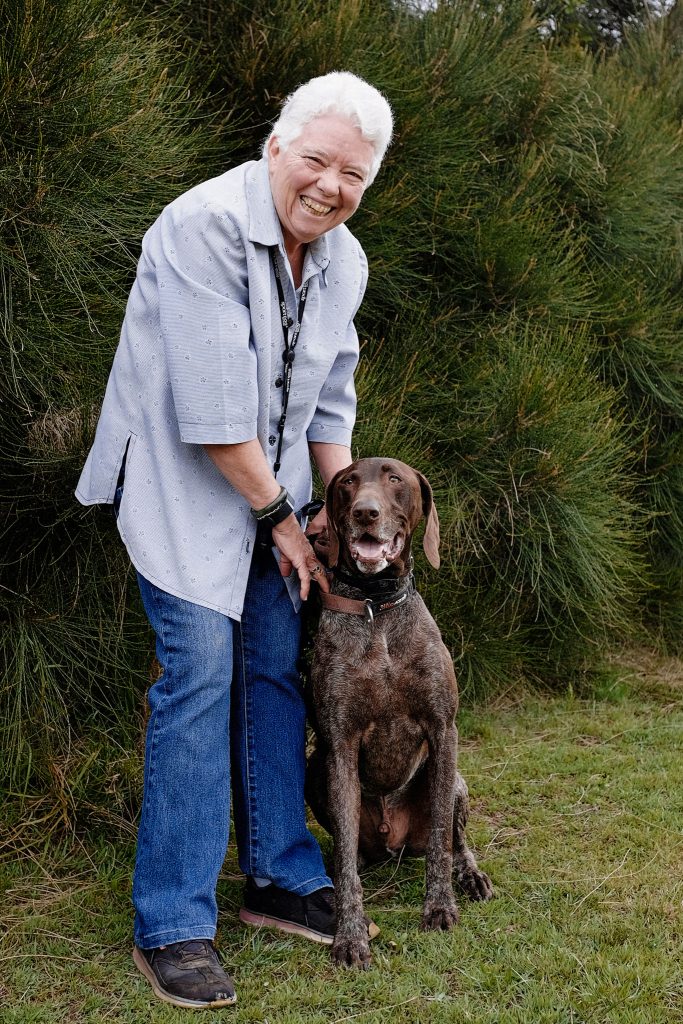 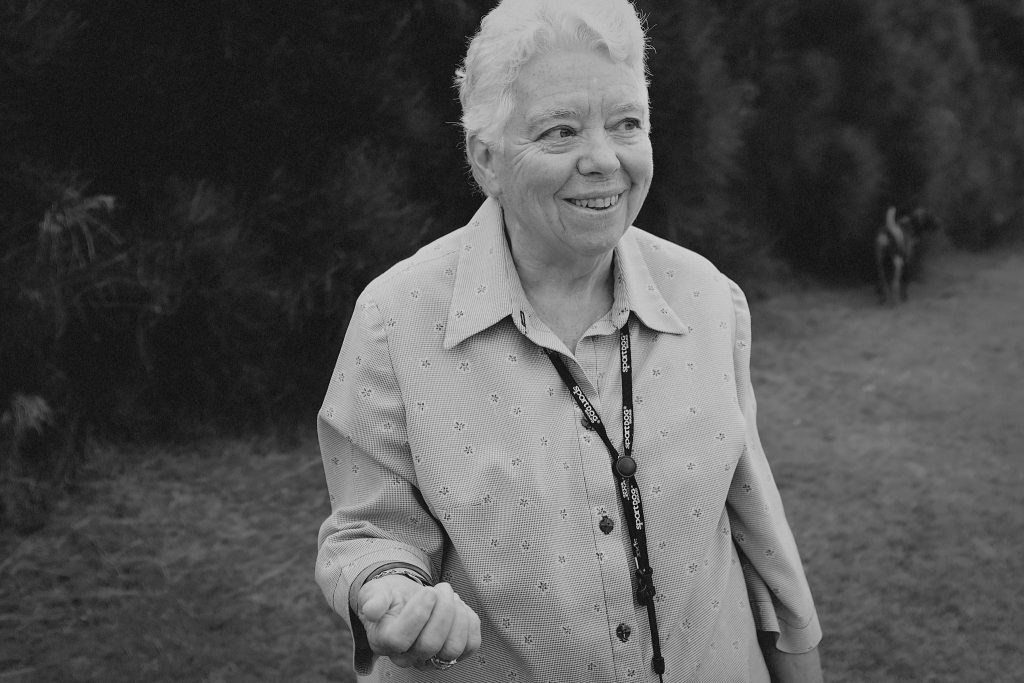