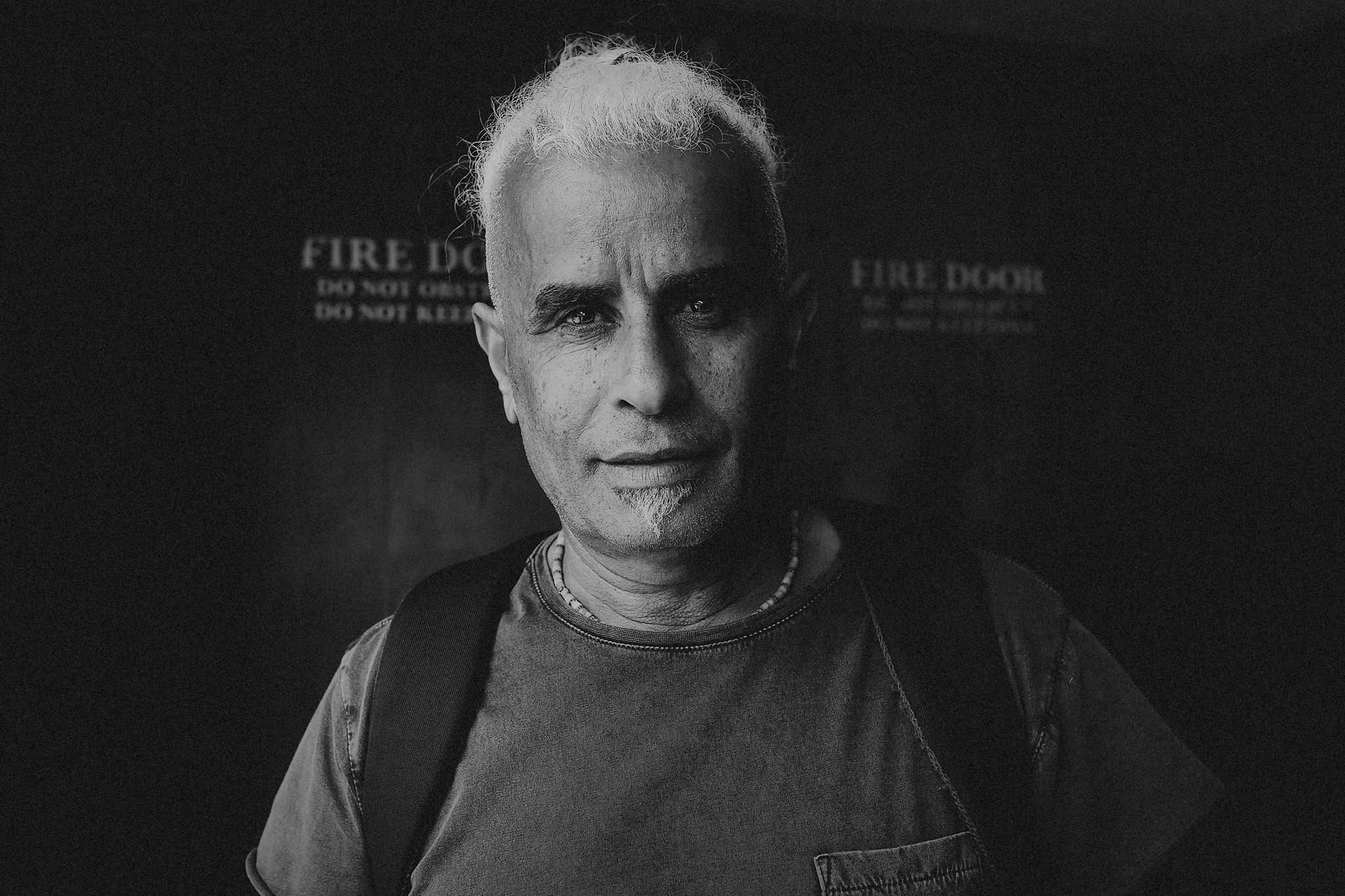 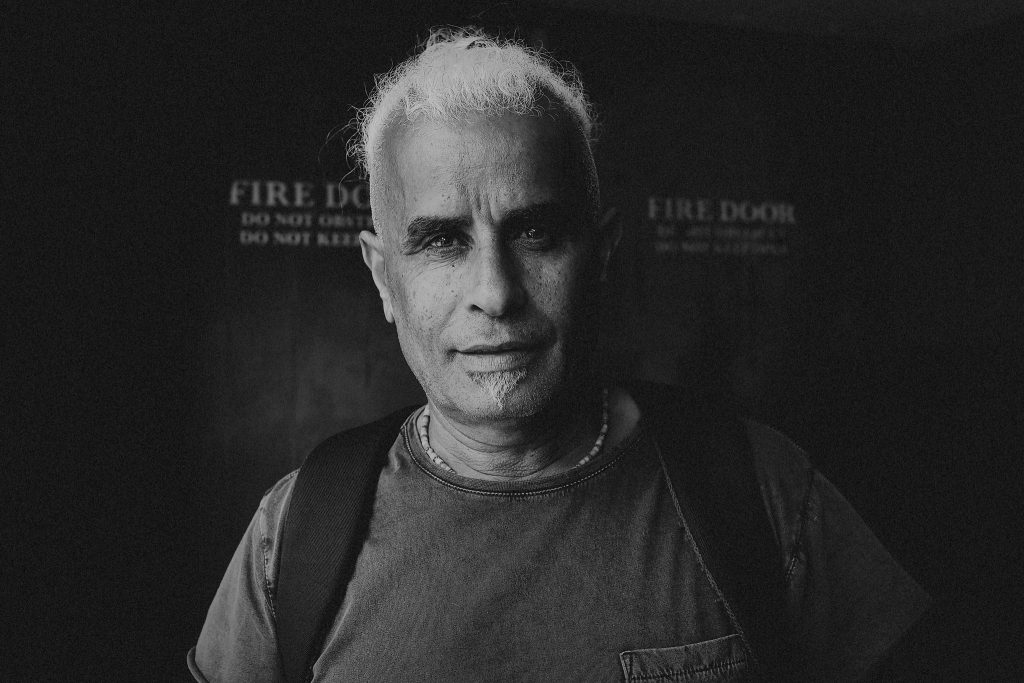 Getting the photo of Haem was easy once I committed to asking but summoning the courage was tough.

I was in the city, catching up with Rob Jenkins, a photographer from Adelaide I know via social media and we had a plan to shoot some street photography in the afternoon. I already know it’s tough approaching a stranger in the street but I honestly expected it to be so much easier with so many people around and having another photographer there for support and encouragement. It was still tough!

After walking a couple of blocks, Rob was in the groove and shooting some general street stuff but neither of us had approached anyone to take their photo when I spotted Haem and his top of unruly white hair.

It was an awkward moment when I was close enough to say excuse me and was just about to, when Haem turned to change directions and bumped right into me.

After managing to get out a few words he stops me and indicates he doesn’t speak English.

Oh well, I’m committed anyway and he seemed happy enough despite my stalkerish approach so I pointed to my camera and back to him and received a yes with a shoulder shrug and a look that looked to mean, sure, why not.

We were standing in full sun and the light was going to be difficult so I pointed to a little alcove along the brick wall we were standing by, Haem nodded and followed me before posing for a couple shots.

I later learned from his son who chased me down a couple of minutes later, wondering who I was and why I was photographing his dad, that Haem is out visiting from Israel and is a welder back home. We exchanged handshakes and smiles and I promised to email the family a few photos.

I was torn between colour and B&W for this portrait and with or without glasses – what are your thoughts, which do you prefer? 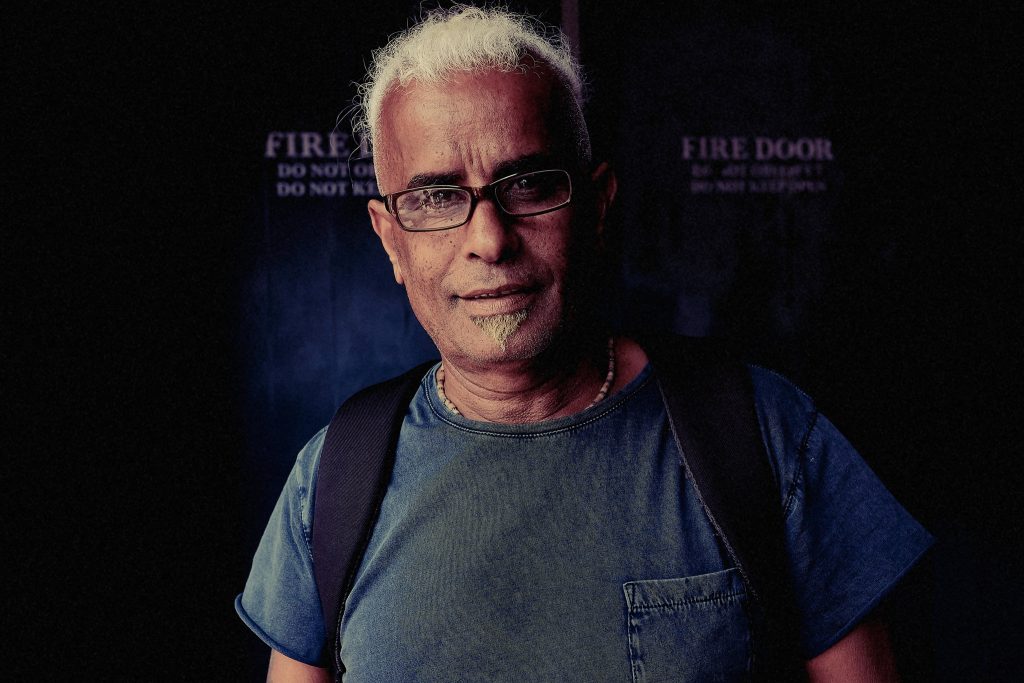