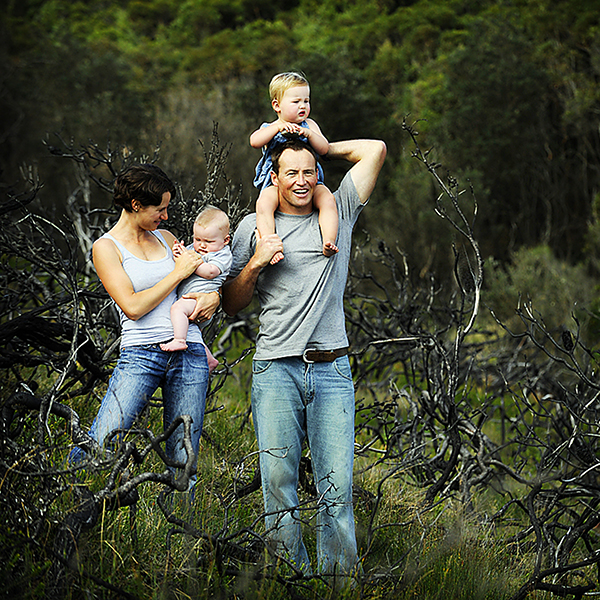 I thought I’d share a couple of images from a shoot that was a little out of the ordinary for me last week. As a photographer I have developed a style of shooting that appeals to me, that works well for my clients and where I know I will get the shots that we all want. This shoot was different in that Jaci and Nigel had very specific ideas about the photos they were after – all very different to what I normally do.

Where possible, I like to time my shoots for the early hours of the day or late afternoon when the light is softer and more flattering. I try and choose locations where shade is available so my clients aren’t squinting in the harsh sun. And for babies, I usually recommend a studio shoot as there isn’t much a newborn is able to do, especially before they are sitting up – in the studio this isn’t an issue as I can control the room temperature and the lighting for some great shots.

Jaci and Nigel’s idea was for a family shoot, in full sun, with two young children, one under six months!

After our greetings in the carpark at Killcare it was off on a walk to Putty beach – the spot where Jaci and Nigel were married a few years ago. Kids were loaded into backpacks and pouches, cameras over shoulders and we set off across the beach, up the steps and along the board walk to an area very special to them.

I came away very happy with the shoot and hopefully I was able to capture what Nigel and Jaci had envisioned before the shoot (they haven’t seen these yet). I’ve attached just two of the images from the shoot below.

By the way, I did find some shade amongst the rocks and used that area as my “safety net” to get some of the photos that are more my style – I wonder which photos they’ll choose for their walls? I’ll let you know.